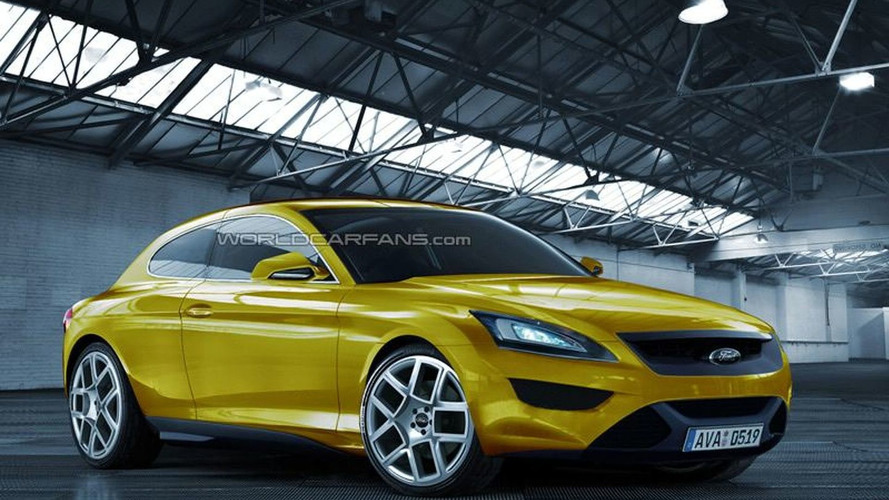 A new artist rendering by Avarvarii has presented the rumoured 2012 Ford Capri as a sporty but practical sports car.

Volkswagen may be riding the crest of the wave with the Scirocco but Ford also wants in on the act. As it was previously reported there is a rumour suggesting that Ford is planning a 2+2 coupe in the mould of the old Capris of the 1960s and 1970s. It would be a performance car with good enough credentials to upset one or two segment competitors.

This rendering presented here was created by artist Andrei Avarvarii. His impression combines the styling of a coupe with the size and practicality of a hatchback. The front end keeps a close styling kinship with recent Ford concept cars. The sporty wheel-design combines five rectangular shapes with five triangles.

The car would probably keep to the FWD layout of the old Mercury Capri cars which were built in Australia in the early 1990s, while an RS model would feature the Focus RS's Revoknucle front suspension which limits torque steer despite the RS being a 300bhp (224kW) FWD hatch. Ford of course might choose to stick to the original RWD system used by the original Ford Capris of the 1960s and 1970s.

Should Ford go ahead and build the Capri, production would start in 2012. Speculation is that a concept version will appear at the 2009 Frankfurt Motor Show this September.

* Edited to reflect a more accurate position on the drive layout.