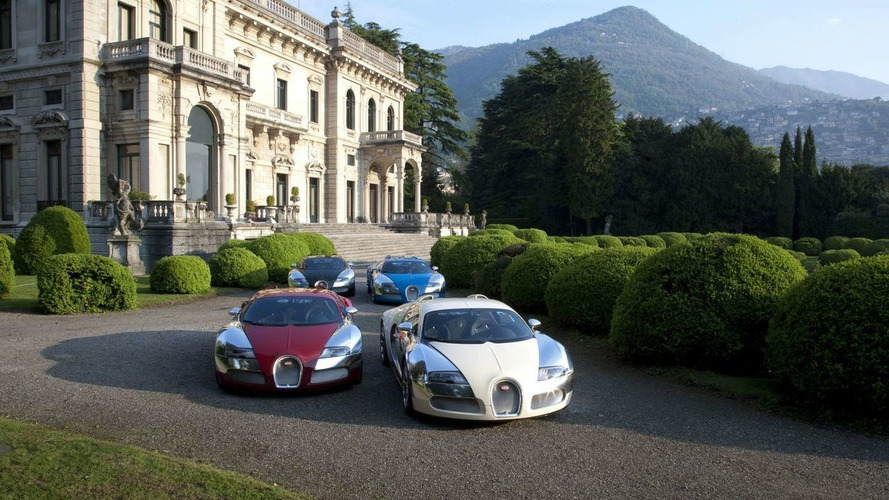 Bugatti made headlines this week with a once-in-a-lifetime display at the Villa d'Este Concorso d'Eleganza in Cernobbio, Italy, this weekend. The company unveiled four one-off Centenaire Edition Veyrons and displayed them alongside the classic Type 35 racers that inspired them. The first public showing of the Centenaire was just the latest event of Bugatti's 100th anniversary celebrations this year.

The four unique Centenaire Edition Veyrons on display are named after four of Bugatti's race drivers from the 1920s and 1930s, and each is painted in the livery of that driver's home country. The blue car is named for Jean-Pierre Wimille (France), the red for Achille Varzi (Italy), the green for Sir Malcolm Campbell (England) and the white represents Hermann zu Leiningen (Germany). The Veyrons have been carefully color-matched to the classic cars, inside and out. They are also distinguished by polished aluminum fenders and doors, a mirror-finished grille and red brake calipers are visible through the new wheels.

The next event in Bugatti's centennial celebration is the Pebble Beach Concours d'Elegance in California. Following that event, the company has planned an event in Molsheim, Bugatti's home, on 12 September.