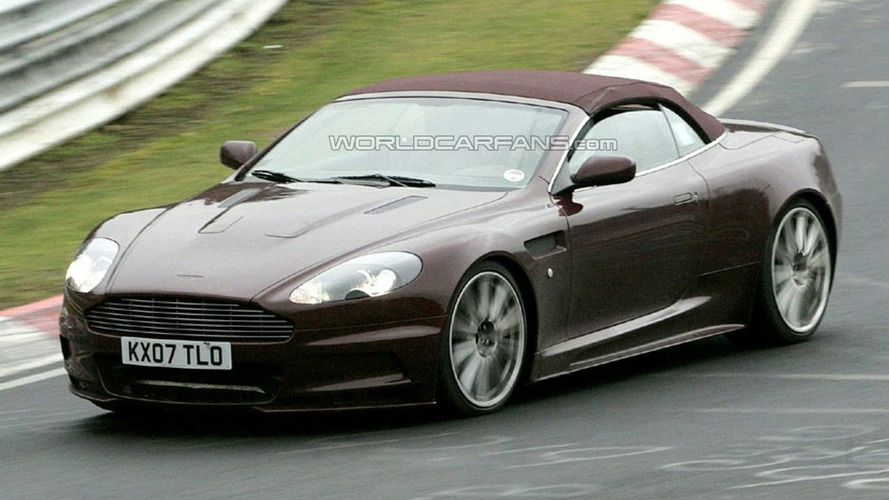 The stunning Aston Martin DBS was well received with much salivation in August of last year. Then, first spy photos of a convertible (Volante) version appeared during cold weather testing in Scandinavia this past January. These latest spy photos now put the same prototype undergoing handling-tests on Germany's world famous Nürburgring.

Besides the steel roof and the rear quarter glass being replaced by a folding canvas top, not much else is changing including the 0-100 km/h time which arrives in just over 4 seconds despite the extra weight from additional reinforcement to the body structure. The same 6.0 liter V12 producing 517 bhp and 570 Nm of torque remains in tact as well.

The Aston Martin DBS Volante is expected to be priced at just below 300,000 Euros.