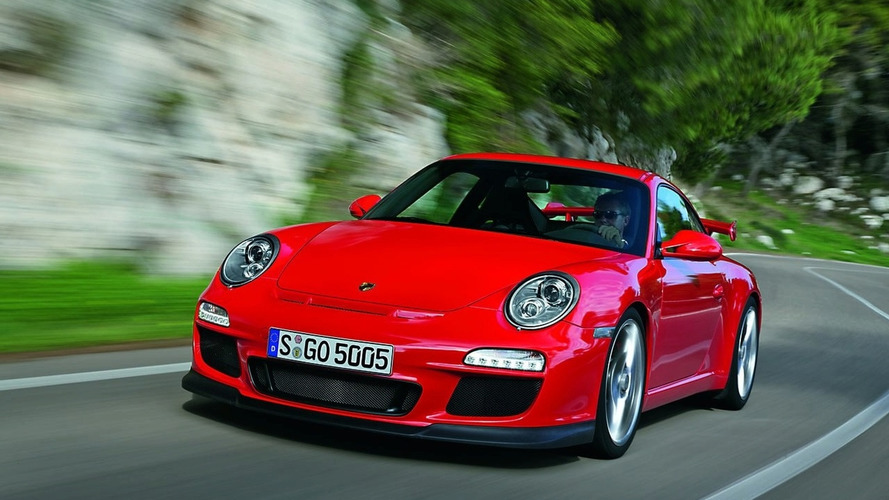 Porsche says the new 911 GT3 has posted a 7m40s time at the Nordschleife. In similar conditions Porsche did 7m45s in a Ferrari F430 Scuderia.

A new season of ‘Ring wars may be brewing. Porsche's Project Manager for High Performance Cars Andreas Preuninger says the latest 911 GT3 has achieved a time of 7 minutes 40 seconds around the Nurburgring's Nordschleife.

Porsche test driver Walter Rohrl, who was piloting the car, was apparently slowed down by the presence of other vehicles on the track. Had Rohrl really been going for it "with a knife between his teeth" said Preuninger, his time would have come down by as much as two seconds. Furthermore Rohrl apparently did a 7 minute 45 seconds in a borrowed Ferrari F430 Scuderia. The time was achieved under the same conditions as the GT3.

As for the Nissan GT-R, Preuninger noted that Porsche's official line is that the 7 minute 54 second time it achieved with a US-spec unit in 2008 stands. Nissan said in May 2008 that the GT-R did a 7 minute 29.03 seconds at the German track in the hands of its chief test driver Tochio Suzuki. The updated 2010 GT-R is claimed to have done an even quicker time of 7 minutes 27.56 seconds.

The third member of this feuding trio is the Corvette ZR1 which has a posted time of 7 minutes 26.4 seconds at the Green Hell. Preuninger's remarks on the ‘Vette were only to say it's a cool car but it serves a different purpose than the GT3.