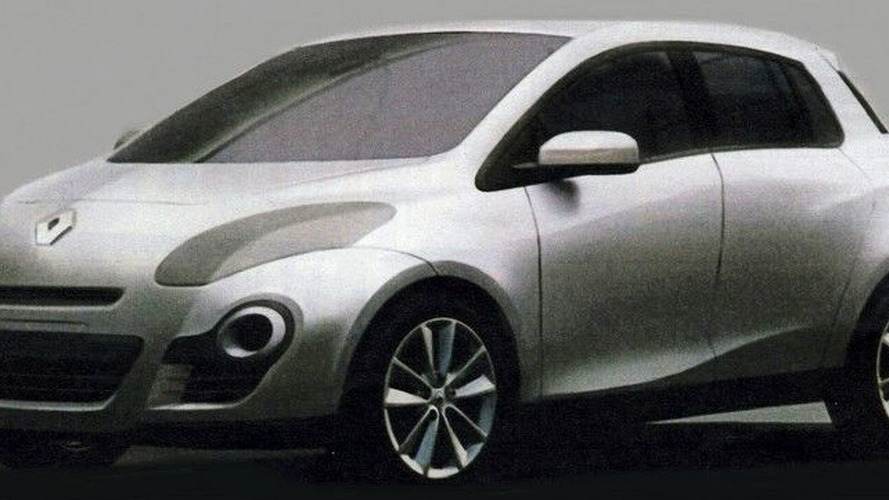 Early leak of next-generation Clio hints at bold, distinct design for the volume hatch. Hints of the design language from the recent Megane are present too. The new Clio is expected to arrive in 2011.

The next-generation Renault Clio is still a long way off, expected in 2011 or perhaps even later. No spy shots have emerged yet which tells us that either Renault is very good at cloaking its product development or, more likely, there still isn't a next-gen Clio prototype out there doing any testing.

But we do have this design leak now and can gleam from it some ideas about where Renault is going with the Clio design. This is certainly a more curvaceous Clio where even the headlights have an arc line as they wrap around the top front corner of the car. The back end isn't the 50s bombshell-boogie-butt of the old Megane design (thankfully) but it's a more refined fleshiness that still favors lower wiggle over hefty shoulders with the C-pillars looking rather thin in comparison to the muscle of the hatch door.

The latest Clio facelift did come with touches of the design language seen on the new Megane and that can give us further hints about where Renault is going. But Renault isn't BMW or even Opel and French car makers seem to have a penchant for keeping model design a little more individual. And as the Clio competes in one of the biggest and most crowded segments in Europe, you can expect Renault to try to keep the model as distinct as possible.