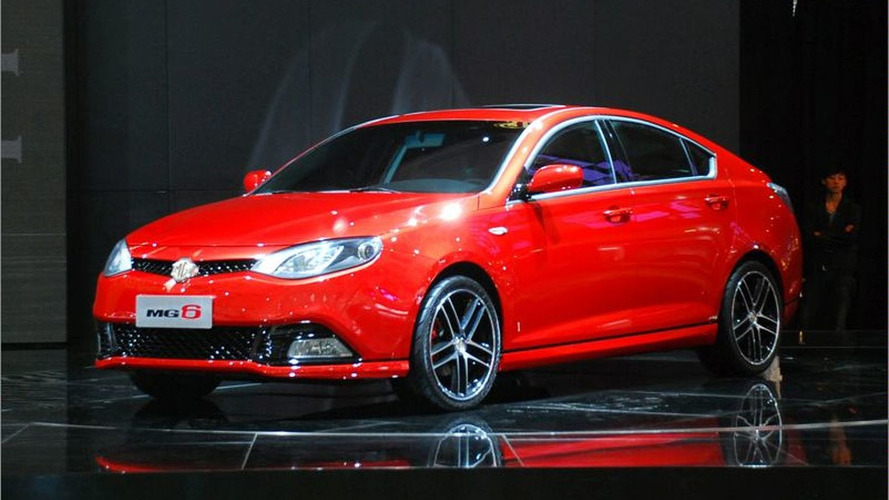 Shanghai Automotive Industry Corporation unveiled the MG6 at Auto Shanghai. The hatch will be introduced to the UK and Ireland markets in early 2010 alongside a sedan version.

SAIC has unveiled the MG6 hatchback in Shanghai. The MG6 is set to become the first MG car to be launched in the UK since the MG ZS and the ZT in 2001. People who spoke to Autocar said the MG6 will go on sale in Britain in early 2010 which coincides with the anticipated bottoming out of the credit crunch. The MG6 and its sedan sibling will be sold in the UK and in Ireland. The latter is already available in China under the name Roewe 550.

The 1.8-litre turbo will be the most popular engine choice. It's the updated version of Rover's K-series engine which powered cars like the 75 and some MG models.

Final homologation tests are being done in Germany to allow the cars to be sold in Europe. Spy pictures have even caught the Roewe 550 driving around Germany with no disguise earlier in the year.

SAIC is said to be working on a new range of smaller cars to complement its bigger sedan lineup. These would be badged as Roewe 350 in China and MG5 in other places. An updated MG TF roadster could also make an appearance this year as a way of celebrating the 85th anniversary of the MG brand.