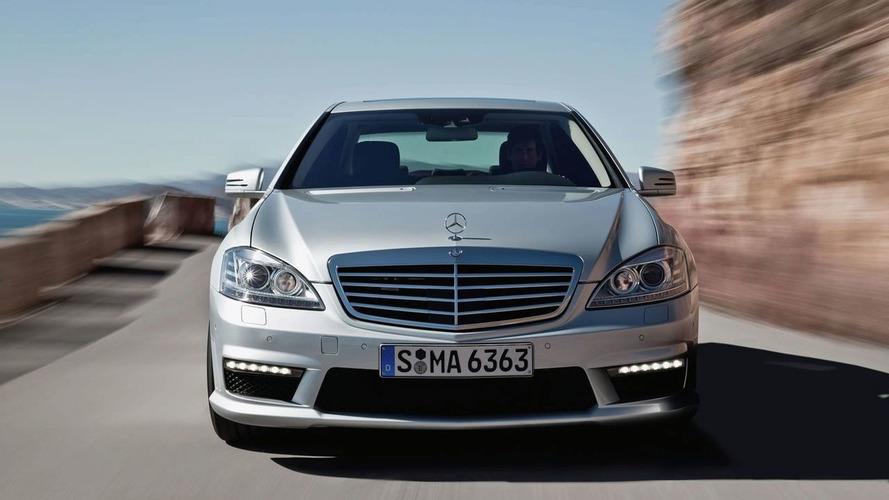 Mercedes has officially unveiled the new 2010 S63 AMG and the S65 AMG, just one week after initial details and pictures were accidently leaked on the company’s German website.

Mercedes has officially unveiled the new 2010 S63 AMG and the S65 AMG, just one week after initial details and pictures were accidently leaked on the company's German website.

Exterior styling for both models is heavily influenced by the recent 2010 S-Class facelift and the new E63 AMG. Among the minor styling changes is a more pronounced arrow-shaped grille, a new front bumper with air intake-mounted horizontal LED daytime running lights, a redesigned rear bumper with an integrated diffuser, and new LED taillights.

In the S63 AMG, 0-100 km/h takes just 4.6 seconds thanks to a 6.3-liter (6208 cc) naturally aspirated V8 engine that develops 386 kW (525 hp) and 630 Nm of torque. Should that fail to entice your high-performance fantasies, Mercedes also offers the S65 AMG with its 6.0-liter biturbo V12 engine that cranks out a mind-numbing 450 kW (612 hp) and 1000 Nm of torque. Although the S65 boasts a huge power advantage on paper, its real-world performance is only marginally better than the S63 as it posts a 0-100 km/h of 4.4 seconds. The S63 features a seven-speed SPEEDSHIFT 7G-TRONIC automatic transmission while the S65 has to make do with a five-speed automatic SPEEDSHIFT transmission due to its massive torque rating. Both models also feature slight engine modifications which reduce fuel consumption and CO2 emissions.

Without any significant changes under the hood, Mercedes decided to up the sedans sporting potential by equipping them with a modified AMG sports suspension with crosswind stabilization and a new Torque Vectoring Brake system which briefly applies the vehicle's inner rear brake during cornering for improved handling.

Although pricing information wasn't released, look for the new 2010 S-Class AMGs to go on sale in Europe this June.