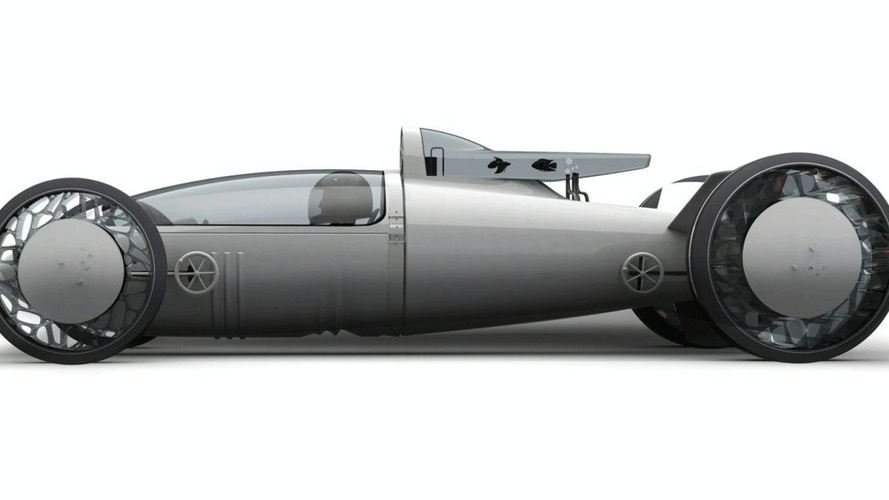 Through an interview with MINI Space, we now have a few more details about a BMW racecar-of-the-future.

MINI Space was developed by the auto brand to design and demonstrate new ideas for the "Creative Use of Space," obviously playing off the need to think outside of the box when building small-but-functional items. Although the new MINI is far from being tiny, the vehicle did create a significant amount of talk regarding its size, ability to carry several adults, and the unique layout of items inside the cabin.

Folks at MINI Space decided they wanted to know a bit more about the hydrogen-powered Salt Flat Racer, built by BMW Group DesignworksUSA for the 2008 LA Auto Show. As part of the Design Challenge at that event, the BMW team worked on their racecar of the future, showing the Salt Flat Racer as their prediction of 2025 racing vehicles.

In an interview with the MINI Space Team, we were treated to the inside track on this car's development. BMW designers said they stuck the goldfish in the car's tank to not only show a connection to sustainable technology, but also just to "add a little humor and life" to the competition. Although barely noticeable at first glance, it is also more evident that the team used existing items to build the car, instead of designing everything from scratch. An old bomb shell, oil drum, and "BBQ grill wheels" are all more recognizable once you know to look for them.

Through the interview, we also find that the BMW team comprises of over "145 designers, researchers, strategists, modelers, engineers, technicians, and material specialists in Los Angeles, Munich, and Singapore," each with a unique background and skillset. Very cool indeed. It makes us wonder if the team occasionally suffers from having too many cooks in the kitchen. Nonetheless, the team has worked with big clients, from Nokia and Intel to German railway Deutsche Bahn, and we haven't heard any complaints yet.