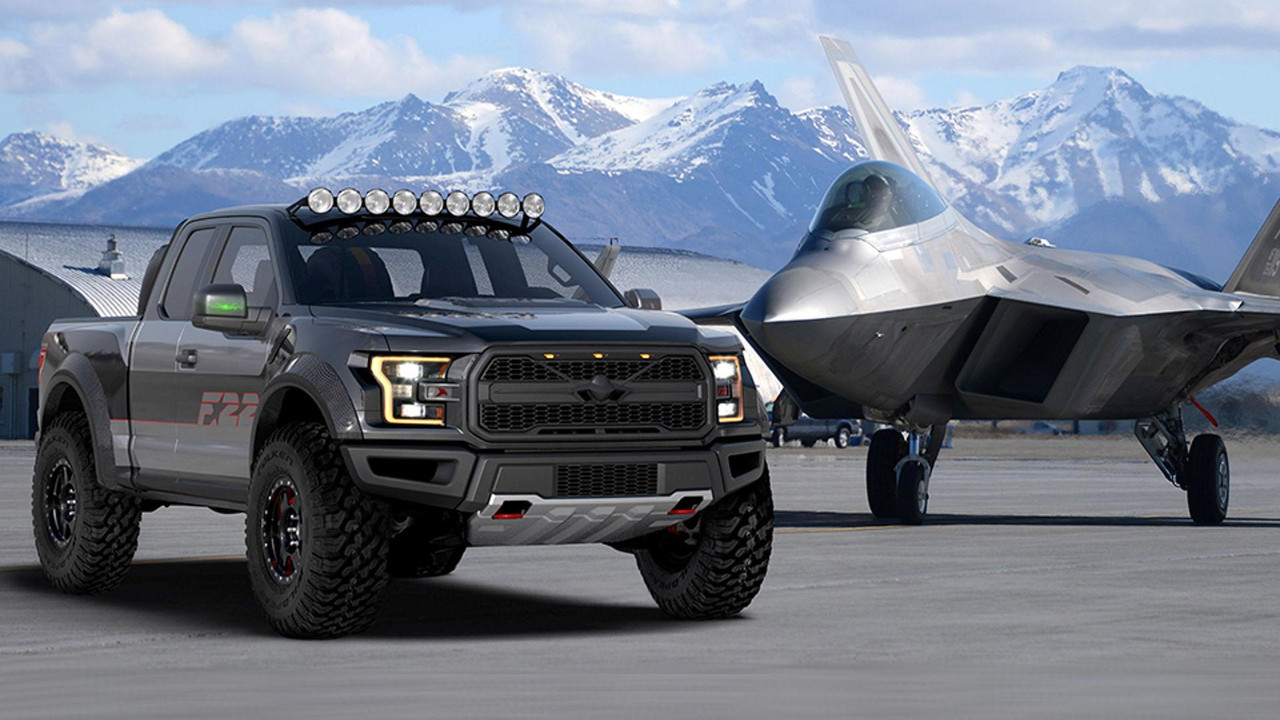 When you take a Raptor and combine it with another Raptor, only great things can come out of it.

UPDATE: The F-22-inspired Ford Raptor brought $300,000 for the Experimental Aircraft Association Gathering of Eagles. The gallery has been updated with more photos of the custom pickup.

Another year, another special Ford is being auctioned to benefit the Experimental Aircraft Association's (EAA) youth aviation programs. The latest one-of-a-kind vehicle carrying the Blue Oval will be auctioned on July 27 at the annual EAA Gathering of Eagles. EAA is doing things differently this year as the model of choice is the F-150 Raptor rather than a Mustang. Taking inspiration from the famous Lockheed Martin F-22 Raptor fighter jet, the high-performance truck was styled by Ford design manager Melvin Betancourt.

There’s more to the F-150 Raptor than its one-of-a-kind appearance as it has also received some hardware changes. The 3.5-liter V6 engine now boasts a Whipple intercooler among other things, bumping output by 95 horsepower to a grand total of 545 hp. The engineering work was led by Ford Performance Team and they also upgraded the suspension and brakes, as well as fitting a roof-mounted light bar and installing a different set of wheels.

Photos of the Raptor’s interior have not been provided, but EAA says the F-150’s cabin has been subjected to a few changes as well, including a bespoke sound system if you don’t want to hear the biturbo V6’s grunt.

It’s going to be interesting to see how much money the unique F-150 will be able to raise. The standard version of Ford’s muscle truck starts off at $49,520 and goes all the way up to $72,965 for a fully loaded model. This aviation-themed Raptor will likely fetch considerably more taking into account the amount of funds raised in recent years with the Mustangs. In 2016, the ninth pony car to be auctioned by EAA was a Shelby GT350 Ole Yeller sold for an impressive $295,000.

As a final note, it's not the first Ford F-150 Raptor to be auctioned for charity as the last 2017MY vehicle went under the hammer back in January for the pretty sum of $157,000 at a Barrett-Jackson event. All the proceeds from the sale were directed to the JDRF global organization to fight type 1 diabetes.