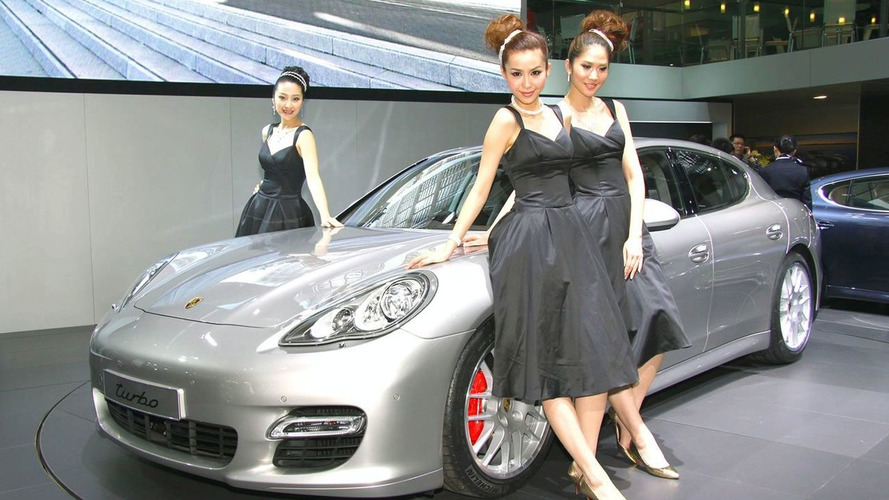 The Porsche Panamera was officially revealed to the public at the Shanghai Auto Show. It goes on sale in Germany this September with only three models. More will arrive later.

In a move that further entrenches China as a force to be reckoned with in the automotive industry, Porsche unveiled the new Panamera four-door four-seat Gran Turismo at Auto Shanghai 2009. The Panamera is a car of almost five metres in length which is aimed at Porsche fans with extra space requirements but not at the sacrifice of performance.

Powering the Panamera is a range of engines that includes two V8s making 400bhp (298kW) with RWD and 500bhp (373kW) in AWD plus a V6. German dealerships will receive the Panamera on September 12 with a hybrid following some time later.

Some notable technological innovations fitted to the vehicle include an air suspension system with extra air volume available on demand in each damper and the first Start/Stop system that comes with an automatic transmission according to the press release. Attention was also paid to the weight of the car and its aerodynamic attributes so the best overall performance could be obtained out of it.

The Panamera becomes the fourth model in a Porsche range that already has the 911, the Cayman/Boxster and Cayenne on its menu.

"Introducing the Panamera," said Klaus Berning, Executive Vice-President Sales and Marketing of Porsche AG, "we are entering a market segment completely new for our customers and we are once again consistently expanding our model portfolio."