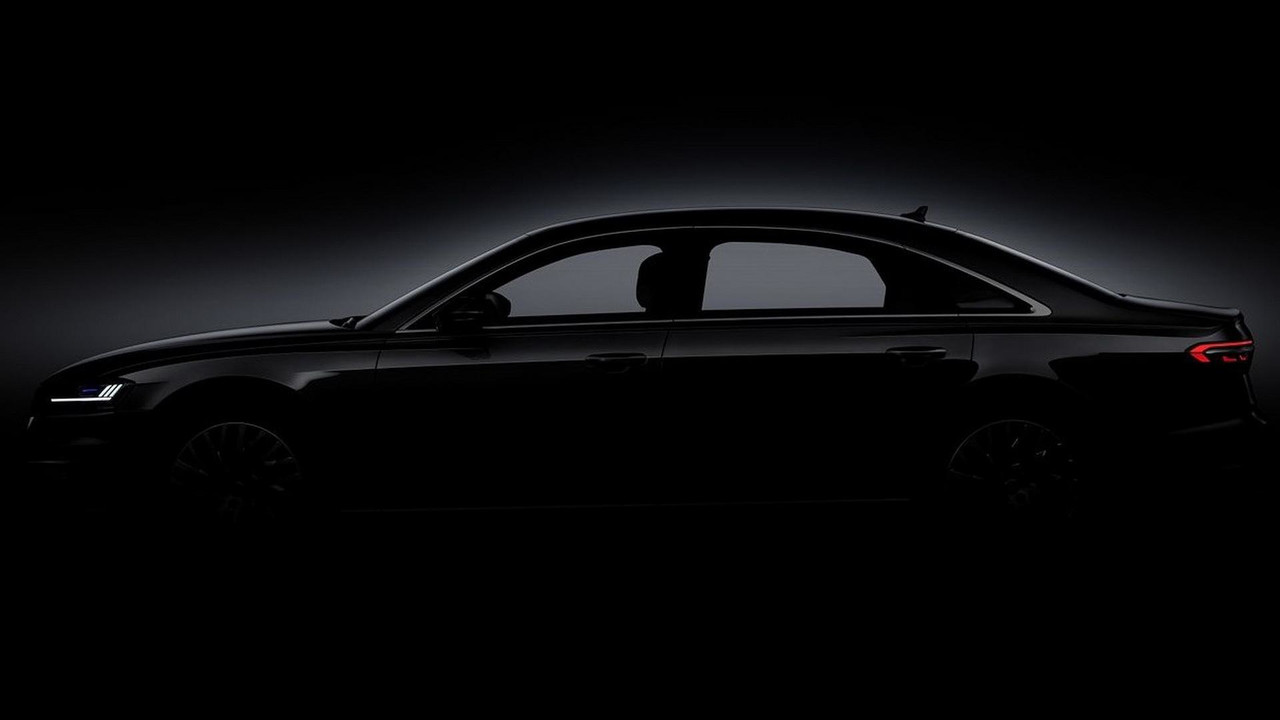 After all, it is a new day.

The only two things longer in this world than the Audi A8’s teaser campaign are the rear doors of the stretched A8 L previewed here. The image itself is a follow-up to a previous photo published some weeks ago, only this time around the company with the four-ring logo has decided to reveal more of the details. We’ve bumped the exposure and brightness to unlock more secrets of the new crown jewel in Audi’s range.

It’s actually our best look yet at the new fullsize executive sedan, flaunting its laser headlights and massive wheelbase. We can also catch a glimpse of the taillights, which will likely benefit from matrix OLED technology as seen in the TT RS. The sheer size of the rear doors indicates there’s going to be a lot of space to kick back and relax on the rear seats while getting a foot massage from the seat in front of you.

The tech-laden A8 will be the first model from the brand to take advantage of the second-generation Audi Virtual Cockpit and will also use a clever active suspension that will automatically pre-adjust itself before driving over a pothole, similar to Mercedes’ Active Body Control. Another first on a production car for the Ingolstadt-based marque will be the touch panel to control the climate settings, while at the back there’s going to be another touch-sensitive screen to fiddle with the entertainment system and the “relaxation seat.”

One of the most important assets will be the complex semi-autonomous driving system, which will be smart enough to park the car on its own without a driver in it. As a matter of fact, the A8 will be able to not only go forwards or backwards to occupy a vacant parking spot, but to also turn around without any human input.

Another ace up its sleeve will be the advanced coasting function, enabling the new A8 to be driven with the engine off at speeds of up to 100 mph (160 kph) to save fuel. For the same reason, all versions of the big sedan will benefit as standard from a mild hybrid system.

The wraps will finally come off in exactly a week from today.