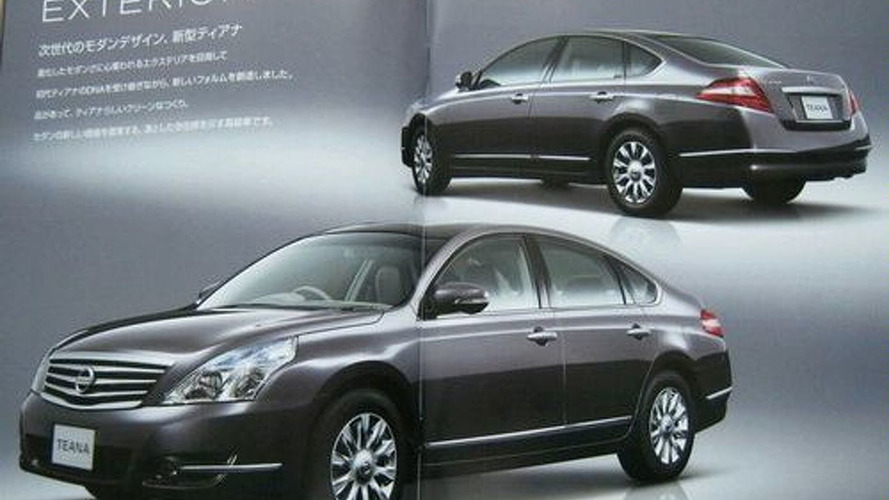 Carscoop laid their hands on some scans of the not-yet-released brochure of what Nissan calls the Nissan Teana.

After a teaser image of its right-side front light and two tiny spy photos of the rear, which really did not reveal all that much, we can finally bring you some more information on Nissan's new flagship model for China. Carscoop laid their hands on some scans of the not-yet-released brochure of what Nissan refers to as the Nissan Teana.

So now we know what Nissan will call the car in Japan (Teana) but will they use the same name in China? We are bound to find out at the 2008 Auto China show in Beijing, starting April 20, where Nissan will also reveal its new Livina C-Gear hatchback.

Our Japanese is really not up to scratch to do any translating but it is clear that the Nissan Intima Concept has been toned down considerably, and regrettably as expected lost its suicide doors. More pictures after the source link.