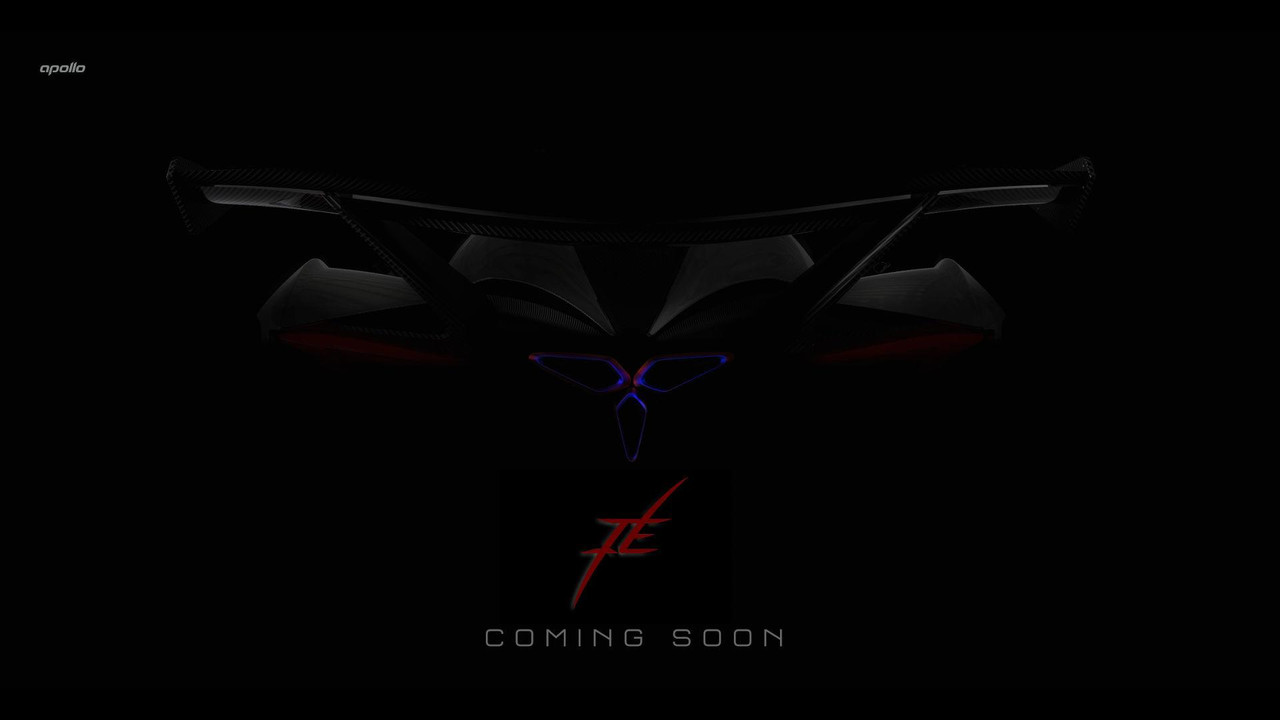 Update: Apollo Automobil has contacted us to explain Scuderia Cameron Glickenhaus (SCG) is no longer involved in the project. A press release will be published soon to officially announce the change. Manifattura Automobili Tornio (MAT) will remain Apollo's sole strategic partner.

As most of you know by now, Apollo founder and former CEO, Roland Gumpert, is no longer with the company he formed back in 2004 as Gumpert Sportwagenmanufaktur GmbH based in Denkendorf, Germany.

At the beginning of 2016, the firm was acquired by Hong Kong-based investment fund Ideal Team Venture and the new owners decided to let Roland Gumpert go just a few months later. As a side note, the aforementioned consortium also bought the rights to the De Tomaso brand for just a little over $1 million back in May 2015.

Officially known as Apollo Automobil and carrying a slightly modified logo, the niche marque wants to get back in the sports car game. For the moment we only have a single teaser image partially revealing the aggressive rear end of what will be called the “IE.”

By the looks of it, the Apollo IE will have a massive curved wing made from carbon fiber along with centrally mounted triple exhaust tips flanked by slender taillights. The shape of the bulging rear fenders make us think of the Arrow concept unveiled at the 2016 Geneva Motor Show. There's a very good reason for that, as Apollo Automobil teamed up with Manifattura Automobili Tornio (MAT) in October 2016 to developed a revised version of the Arrow codenamed "Titan" and equipped with a V12 engine.

As a reminder, the original Arrow had a biturbo 4.0-liter V8 engine with a whopping 1,000 horsepower and 1,000 Newton-meters of torque transferred to the wheels through a seven-speed sequential gearbox teamed up to a self-locking Torsen differential. Apollo Automobil said back then the concept tipped the scales at just 1,300 kilograms (2,866 pounds) and that it had a manually adjustable ride height.

The V12 machine is expected to trump all of those numbers when it will debut in the following weeks.