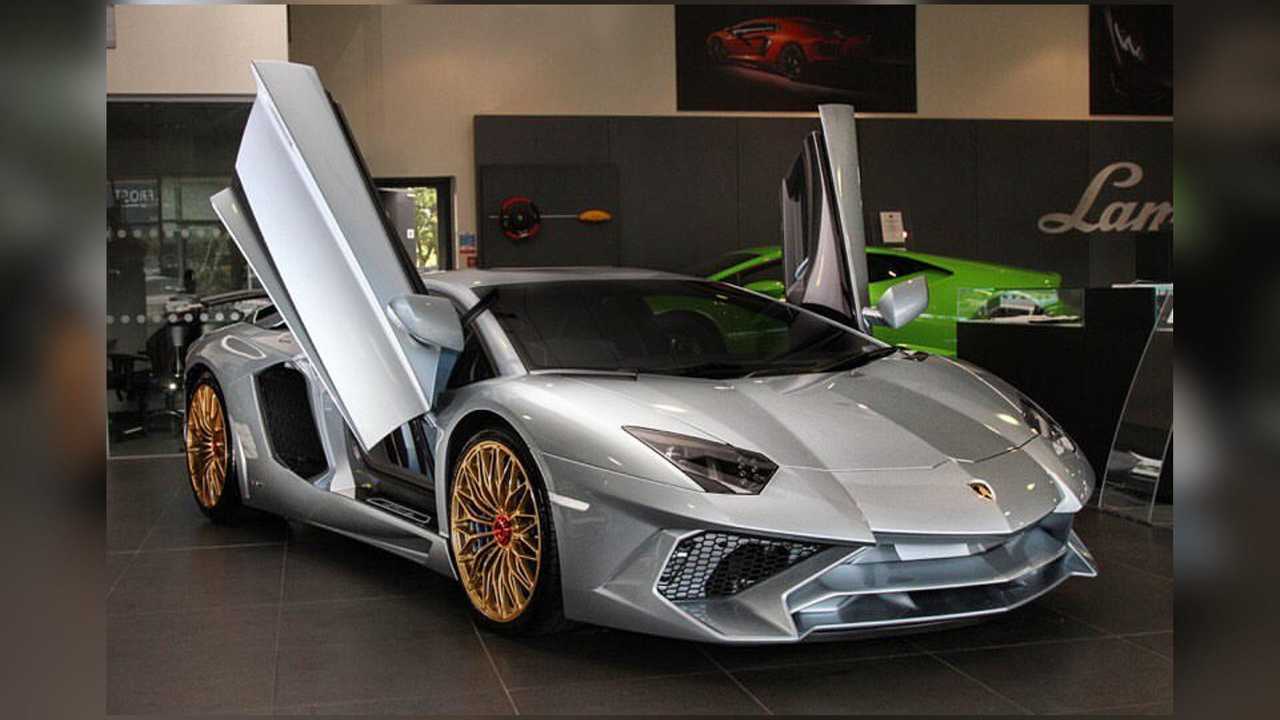 The SuperVeloce number 600 is here in all of its bespoke glory.

Oscar Wilde once said “imitation is the sincerest form of flattery that mediocrity can pay to greatness.” The Lamborghini Aventador SuperVeloce is anything but mediocre, especially with its 12-stage paint mimicking the Liquid Metal Blue offered by Porsche when the 918 Spyder was in production. While most of the V12 raging bulls combine the predominant color with glossy black or bare carbon bits, this particular SV has the same hue derived from Stuttgart all over its aggressive body, including on the vertical fins of the massive rear diffuser.

Lamborghini’s dealership in Edinburgh, Scotland had the privilege of ordering the Aventador SV #600 for a client who decided to stand out from the crowd with a monochromatic theme for the body contrasted by the eye-grabbing gold wheels. While the attached photos are not of the highest quality, the car does look quite special and the dealer says it’s the highest specification among all SVs made. Not only that, but it apparently took “months of work,” many phone calls as well as numerous trips to Sant’Agata Bolognese in Italy to tweak the appearance of the car. If we were to nitpick, we would’ve kept some sections of the front and rear bumpers in glossy black or naked carbon fiber, but to each his own, right?

Besides manufacturing 600 coupes, Lamborghini is also putting together a more exclusive SuperVeloce Roadster strictly limited to just 500 units. The latest member of the naturally aspirated V12 family is the Aventador S, which is essentially a facelifted version of the regular LP700-4 with more power and other upgrades.

The high-end marque is now gearing up to (finally) introduce the Urus, a supercar disguised as an SUV set to massively bump the company’s annual production numbers. Further down the line, a fourth model might be added and it could very well be a spiritual successor of the gorgeous Miura or a four-seater model.