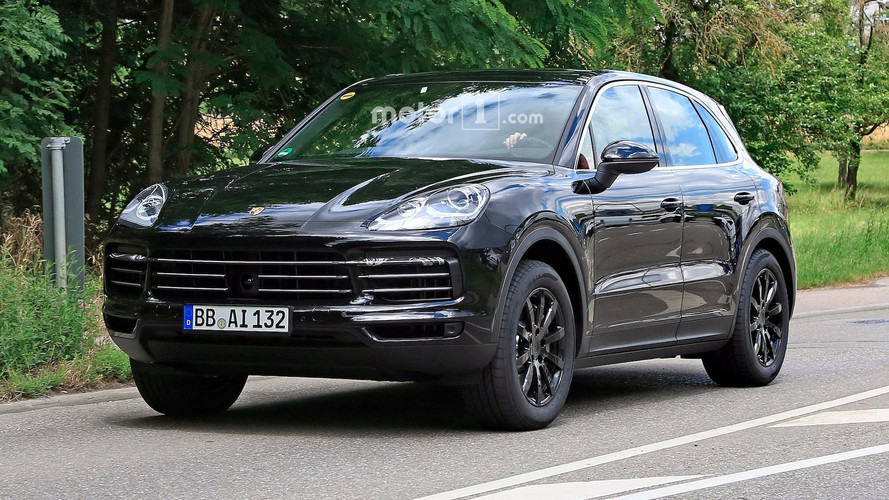 My what a big grille you have.

An all-new Porsche Cayenne is on the horizon. Now nearly six years old on its current platform, the company is looking to refresh and reintroduce the SUV to the market for the 2019 model year. Already our spy photographers have spotted the Porsche testing in snowy conditions near Germany, but now we can an even closer look at the SUV prior to its debut.

Scheduled to make its in-person appearance at the Frankfurt Motor Show this September, the Cayenne was recently spied again on public roads, this time showing off its new front grille that spans the length of the front fascia entirely, rather than chopped up into three separate pieces. New wheels can also be pointed out, while some slight changes to the rear are noticeable. Though they’re covered in these photos, new taillights will also be included in the update.

Part of the refresh will include weight savings of around 220 pounds (100 kilograms), while power will expectedly come from the same engines that power the Panamera sedan. The 2.9-liter biturbo V6 currently found in the Panamera 4S produces 434 horsepower (324 kilowatts), while the more robust 4.0-liter biturbo V8 from the Panamera Turbo produces 542 hp (404 kW).

Along with the two pure gas engine options, a Porsche equivalent of the Audi SQ7 with a 4.0-liter TDI V8 and an electric hybrid powertrain should also join the lineup. In the Audi, it produces an impressive 664 pound-feet (900 Newton-meters) of torque. Expect a similar output in the Porsche.

As mentioned, the new Cayenne will make its debut at the Frankfurt Motor Show this September before going on sale late in 2017, or early in 2018. Expect a slight bump over the $59,600 asking price currently found on the outgoing model.