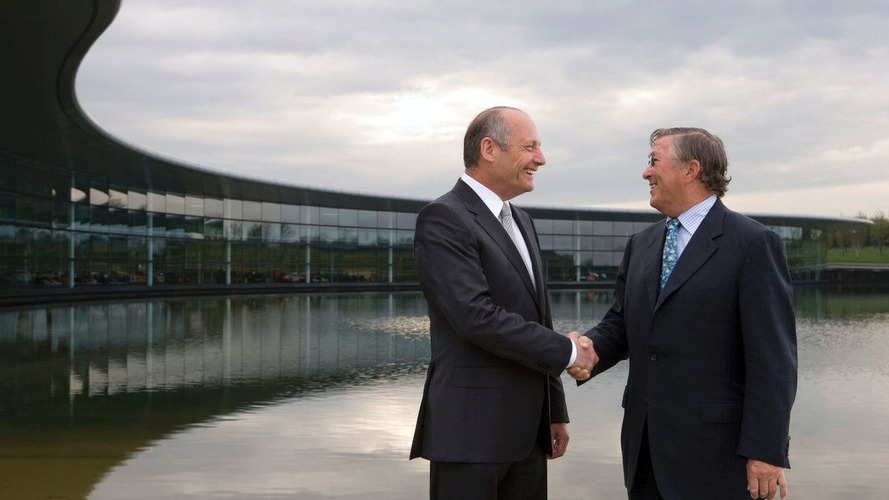 Ron Dennis on Thursday announced he is ending his involvement with the formula one team McLaren.

Ron Dennis on Thursday announced he is ending his involvement with the formula one team McLaren.

While he will remain chairman and a 15 per cent shareholder of the McLaren Group, the 61-year-old handed over his role as chief executive to Martin Whitmarsh.

In March, Whitmarsh also took over as McLaren team boss.

It has been rumoured that Dennis' further step away from the sport is in reaction to the 'lie-gate' affair, as part of a possible deal with the FIA.

"I admit I'm not always easy to get on with. I admit I've always fought hard for McLaren in formula one," he said at the team's Woking factory.

"I doubt if Max Mosley or Bernie Ecclestone will be displeased by my decision. But no-one asked me to do it. It was my decision," Dennis insisted.

He was fronting a press conference to announce the restructuring of the McLaren Group, with the road car group to now become an independent company with Dennis in charge.

Dennis hinted that he will be happy to attend far fewer grands prix from now on, after watching the recent Malaysian grand prix on TV.

"I'd expected to be more emotional about it, after an unbroken run of attending so many grands prix for so many years," he said.

Dennis said he has "no qualms" about leaving Whitmarsh alone to handle "matters connected with formula one."