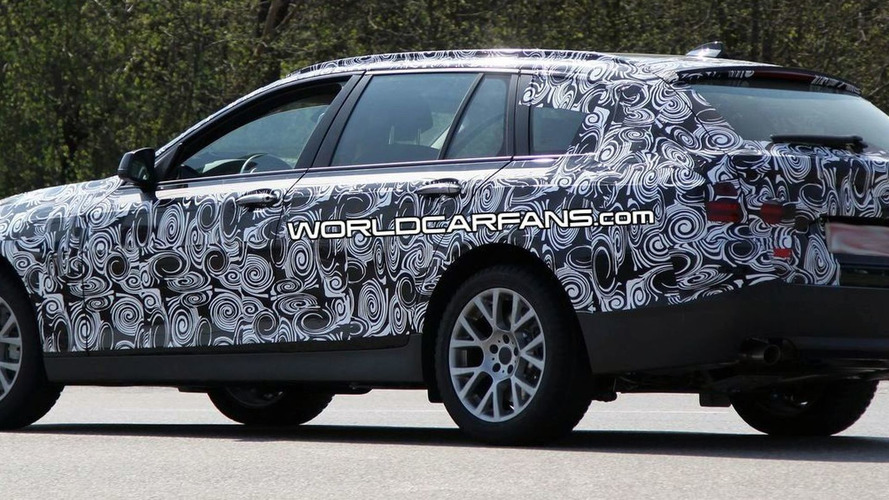 With the new 5-series GT coming one would think that BMW will only be cannibalizing its own sales, such as on this upcoming 5-series Touring. But that's what has been said of many a BMW model, such as the X3 or the 1-series, and, like those models or not, they have proven themselves successful in the marketplace. So with BMW you can try to doubt, but they have a pretty good track record proving the skeptics wrong.

So here we have a funked-out 5-series Touring, still trying to hide beneath the camouflage, although this time in summer dress. We can see where BMW is going with the design - that is, sticking to the basics of BMW design and leaving the creative re-interpretation of the series to the GT folks.

Shades of styling elements from the recent 7-series crop up here, but it's still difficult to surmise anything from spy shots. The absence of any obvious radical departures is all that we have to go on. The 5-series Touring will be a little wider and longer that the current generation, being built on a shortened wheelbase platform, the same one it shares with the 7-series.

The new 5-series is slated to come to market in 2010 and this Touring variant is expected to be released at launch or shortly afterward.