Next Generation Saab 9-5 Caught on Video for First Time 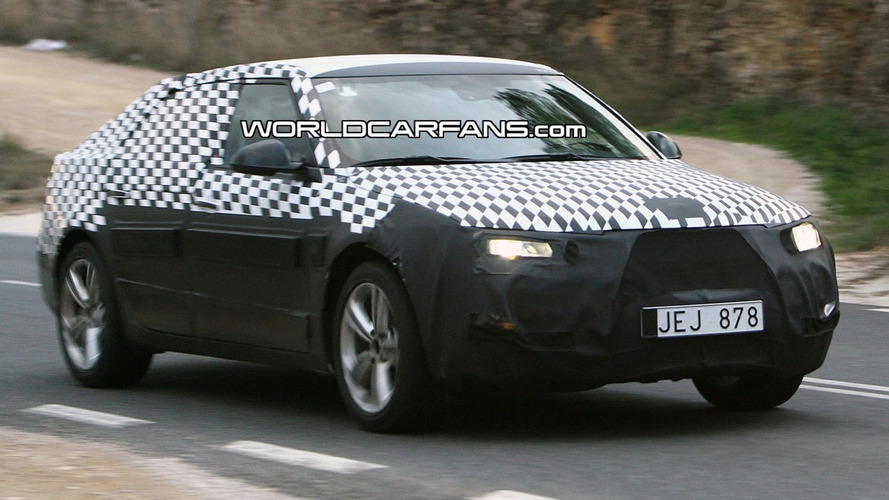 We have some new video to share with you, featuring the new Saab 9-5. Shot in Sweden, we get a few new insights into the vehicle's offerings.

We have two minutes of shaky spy video featuring the upcoming Saab 9-5. Although most of the footage is shot from behind the lengthy car, the spy team managed to get in front of the vehicle for some steady footage just before the testers pulled into their destination.

It appears the drivers were bringing the new 9-5 in for some extreme arctic weather testing at Sweden's Colmis Proving Ground. The facility boasts 38 land and lake tracks, and many cold chambers. It is also very near the Arjeplog Test Center, a 30+ year old test drive facility. Regardless, we were able to see the LED brake lights pretty clearly in the video, just before it makes its first turn. As the driver heads left, the spy picked up a shot of the car that shows just how long the new 9-5 will be. It is no wonder people are saying this car could compete with anything from the Cadillac STS (196.7 inches), to the Audi A6 (193.5 inches). Some speculators have the new 9-5 coming in at around 196 inches, significantly longer than the current, 190.4 inch sedan.

However, some are guessing the new 9-5 will have a wheelbase of about 112 inches, near identical to the Volvo S80 and Audi A6. From the video of the car taken at the front, you can see there is clearly a healthy amount of legroom in back, with a trunk big enough for several sets of ice hockey gear and many curling stones.

Saab has said they will use already existing GM equipment, but they also want to win over the environmental executives. Speculation has the vehicle featuring a 210 hp 2.0-liter turbo engine that runs on petrol, and a 2.0-liter turbo diesel. There is also the possibility of seeing a 3.6-liter V6 in the US, and a 2.8-litre V6 turbo in Europe. Others have also mentioned the eventuality of a hybrid model.

We hope to know more definitive details later this year, if the new Saab 9-5 sedan gets its expected unveiling at the Frankfurt Motor Show. Also look for the SportCombi wagon to hit the market six months after the 9-5 sedan.

Gallery: Next Generation Saab 9-5 Caught on Video for First Time