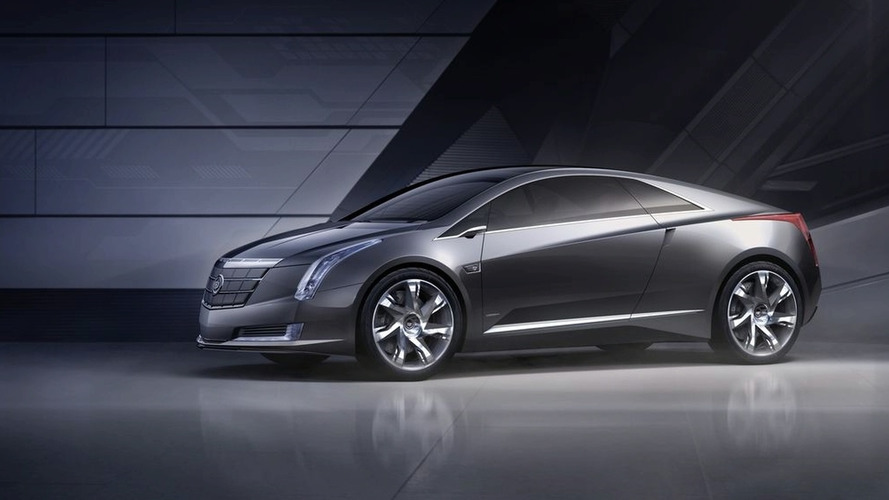 Motor Trend is reporting that a source familiar with GM’s future product lineup has indicated that the stunning Cadillac Converj concept will go into production as a 2012 model.

Motor Trend is reporting that a source familiar with GM's future product lineup has indicated that the stunning Cadillac Converj concept will go into production as a 2012 model.

Originally shown at this year's North American International Auto Show in Detroit, the Converj concept was a surprise that wrapped the Chevy Volt's hybrid-electric powertrain in sexy Cadillac sheet metal. The magazine's source also says that the production Converj would be a true coupe, instead of a highly fashionable four-door coupe. Despite being faithful to the concept in this respect, it appears that the production model would have to feature a higher roofline and additional ground clearance because of its Volt-based platform.

The coupe's powertrain would likely feature a 16-kWh lithium-ion battery which would be recharged by a 1.4-liter four-cylinder engine after the car travels past its 40 mile electric only range. GM would probably make some minor modifications to the powertrain in order to help differentiate it from the Volt, although we can't be sure what this implies as it seems logical that the Cadillac would either feature a larger battery or a more performance oriented setup.

According to the source, Cadillac is also considering building a crossover based on the Volt's architecture but this model could eventually wear a Buick badge by the time it goes into production.

Although GM is officially denying that the Converj has been given the green light, production would serve several key purposes. First and foremost it would help the company recoup money spent on developing the costly Volt technology as the Cadillac would sell for a far higher premium the Chevrolet, Opel, Vauxhall, and Holden versions. The car would also prove useful as a marketing tool to the Obama administration which is pushing for production of green vehicles, especially since GM is receiving federal bailout money.