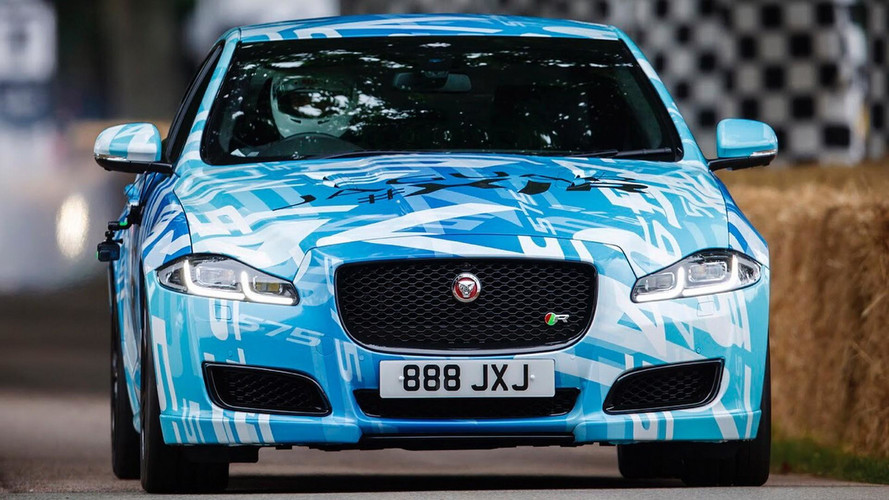 Yes, the XJ is still alive, though not exactly kicking.

Older even then the soon-to-be-discontinued Audi A8 D4, the Jaguar XJ is showing its age in the fullsize luxury segment where most of its competitors are much newer. Earlier this year we had a chat with David Larsen, general manager of North American product management, who said the company’s flagship is approaching the end of the line. When we asked him about whether a successor is being planned, he stopped short of confirming or denying an all-new XJ is on the agenda.

Meanwhile, Jaguar is giving the current model possibly one last refresh by introducing a slightly more powerful version of the XJR. A near-production prototype has made an appearance at the 2017 Goodwood Festival of Speed and it had a light blue wrap with “575” lettering all over the body. That was a reference to the car’s output: 575 PS, which works out to 567 horsepower (423 kilowatts) coming from the same supercharged 5.0-liter V8 engine. That means it was packing an extra 25 hp and was on a par with the F-Type SVR.

While there’s no word about torque just yet, chances are it has been bumped from the old version’s 502 pound-feet (680 Newton-meters) to an F-Type SVR-matching 516 lb-ft (700 Newton-meters).

A proper reveal of the 2018 Jaguar XJR is slated to take place this summer and most likely pricing will remain in line with the 2017MY available from $118,000 with the standard wheelbase and from $121,000 for the stretched model.

As to whether there will be a successor, only time will tell.