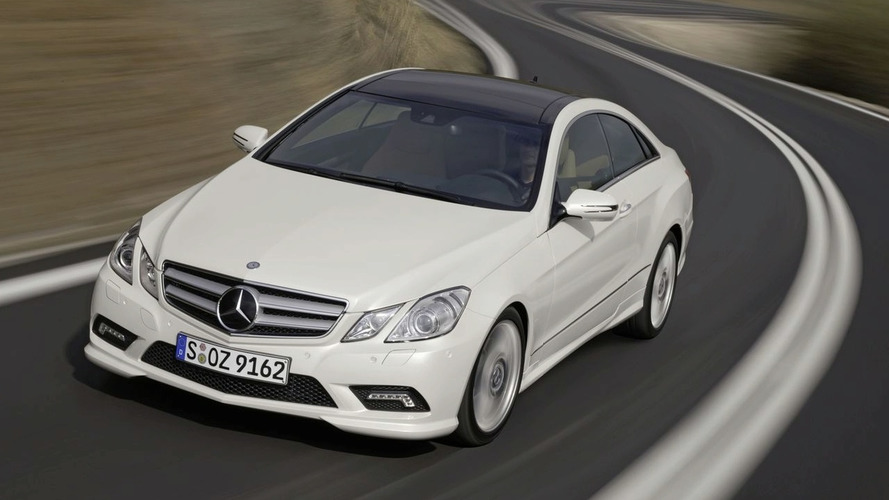 A report says Mercedes-Benz is not planning a high-performance AMG version of the new E-Class Coupe. Not now, not later. It's feared such a car might encroach on the CLS 63 AMG's territory.

An Autocar source has apparently told the UK publication that a replacement for the CLK 63 AMG is not on the cards. Merc has discontinued the name CLK and replaced it with the name E-Class Coupe. If these statements, attributed to a Mercedes-Benz insider are true, then there will be no high-performance E-Class Coupe in the lineup. Nor will there be an E-Class Coupe AMG Black Series.

Since such a car would be based on the bigger E-Class platform rather than the C-Class as the CLK used to be, it would come too close to the next-generation CLS 63 AMG in both positioning and price. That would move it much further away from its primary targets which are the Audi RS 5 and BMW M3 Coupe.

Good news is that one model in the 2011 CLS range which has been spied on a number of occasions, will sport an AMG badge. A possible power source for that car is not the existing 6.3-litre V8 (6208 cc) but a brand new engine. WCF sources at Mercedes-Benz have hinted to a 4.0-litre-plus twin turbo V8 said to produce about 400kW (544hp).

The 2010 E-Class Coupe was unveiled at the 2009 Geneva International Motor Show. A range of petrol and diesel engines are being offered. They include a turbo diesel making 540Nm (398 lb-ft) of torque and a petrol V8 with 285kW (388hp).