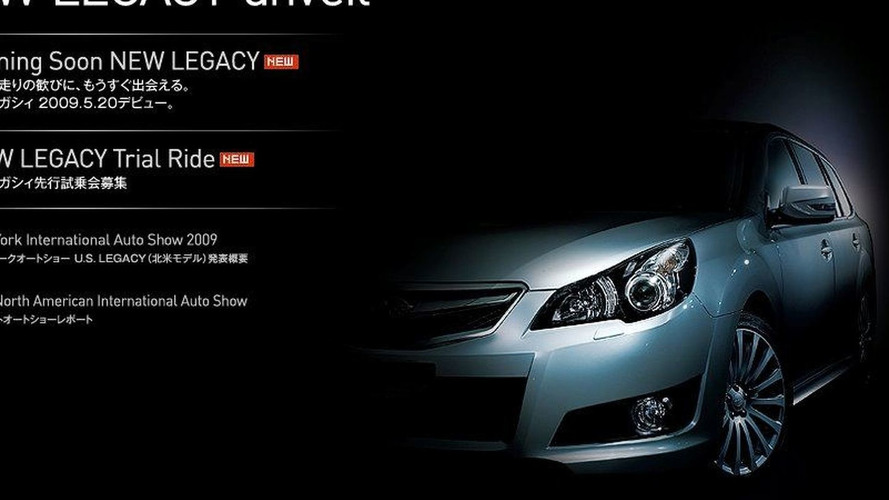 JDM (Japanese Domestic Market) Legacy Wagon will be released in May. The JDM Legacy bears a very close resemblance to the US market Subaru Outback.

This is a teaser for the Japanese market Subaru Legacy Wagon which is slated for release next month in that market.

The ad continues to mask much of the look of the upcoming model, which will not be released in the US market. But the Legacy Wagon is quite close in looks to the US market 2010 Outback, which was also premiered at the New York auto show last week alongside its sibling, the Legacy sedan. They are similar models sharing the same body, with the Legacy coming minus the elevated suspension and the roof rails as well as a few other cosmetic differences like the new headlights and the larger corner air intakes on the front bumper.

We still anxiously await details on the rumored STi versions of both the sedan and wagon versions of the Legacy.

The new Subaru Legacy goes on sale in Japan on May 20th.