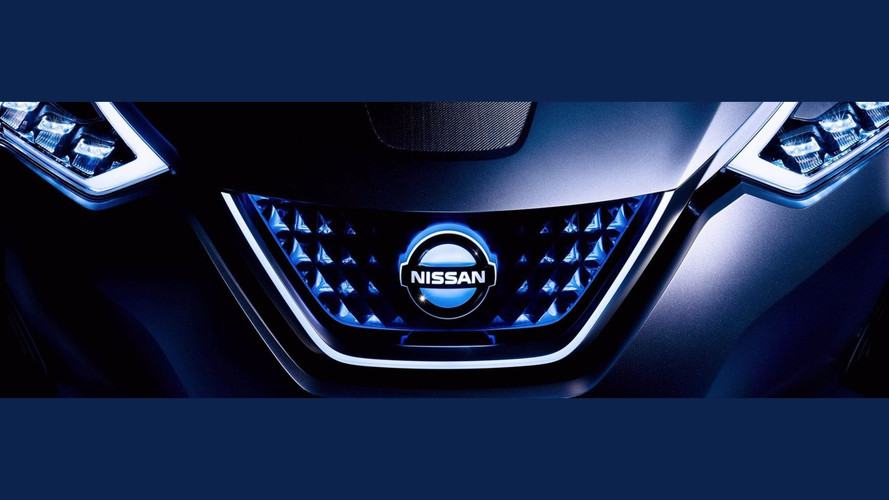 The Leaf is getting an all-new look.

[UPDATE July 3, 2017] Nissan released a new teaser image (seen above) over the weekend showing a wider view that includes the complete front grille and a portion of the headlamps.

Well before Nissan shows off its new and much-improved Leaf this September, a second teaser image has been released on Twitter, giving us an even closer look at the upcoming electric hatch. Expected to make its debut in Tokyo, Japan, the Nissan Leaf will get an all-new look along with some updated tech when it hits the market.

Apart from the few teasers and spy shots we’ve already seen, the latest gives us an up close and personal look at the grille… or, lack thereof. The Nissan logo is embedded into a plastic false grille covering with a diamond-shaped design. It’s an obvious departure from the current look, but a much-welcomed upgrade.

Along with the futuristic fascia, we know that the new Leaf will get a new set of headlights, sleeker taillights, and an overall more aggressive design inspired by the smaller Micra and handsome IDS concept. The interior will also be brand new, though features like the unique button-style shifter will carry over.

Performance-wise, the Leaf is expected to improve on its current range by more than double with an estimated 340 miles (547 kilometers) on a single charge. It will also be the first Nissan equipped with autonomous driving capabilities. Nissan’s ProPilot Assist will help "reduce the hassle of stop-and-go highway driving," says the company, managing acceleration, braking, and steering within a single lane. Depending on when the Tesla Model 3 makes its debut, the Leaf could make it to market first.

The new Nissan Leaf will make its debut on September 6 in Tokyo before going on sale sometime in 2018. No word on pricing or availability just yet. We should know more closer to Nissan's release date.