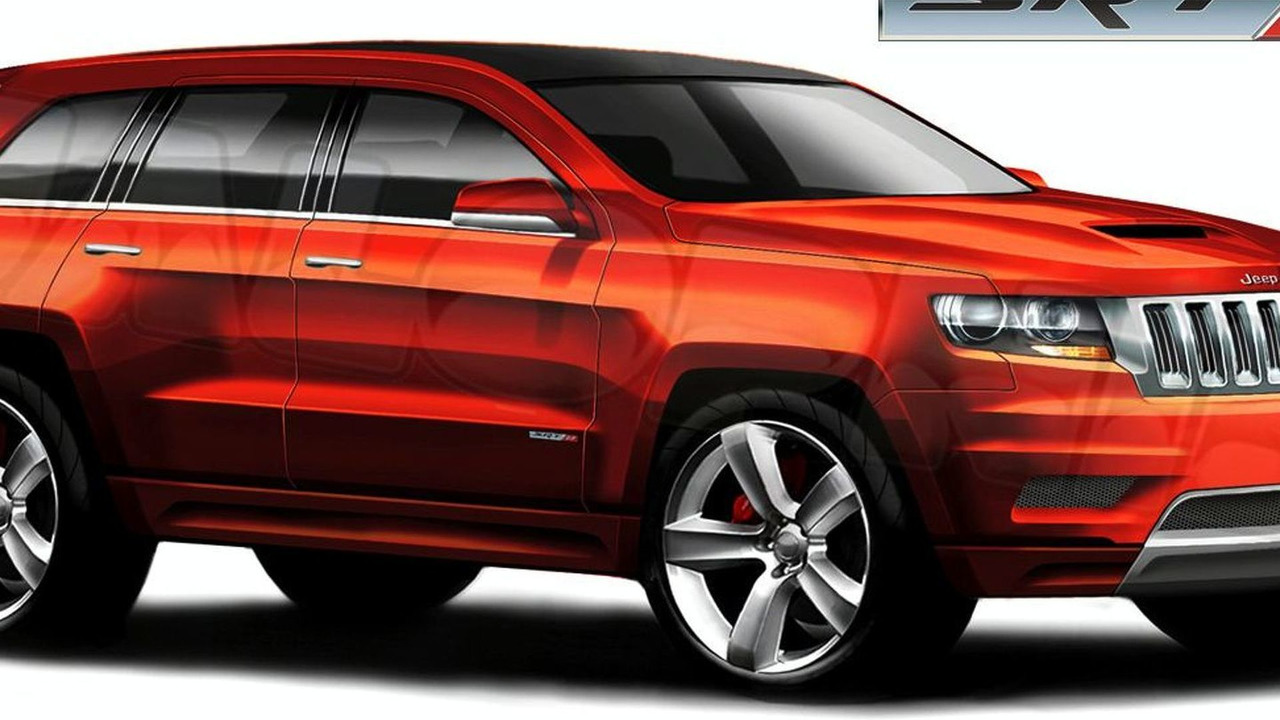 Our colorful colleagues over at Jalopnik.com have managed to get their hands on what they claim is an official design sketch of the 2012 Jeep Grand Cherokee SRT8.

Our colorful colleagues over at Jalopnik.com have managed to get their hands on what they claim is an official design sketch of the 2012 Jeep Grand Cherokee SRT8.

While little is known about the upcoming crossover, it shares much of its exterior design with the standard 2011 Jeep Grand Cherokee which just debuted at the New York Auto Show. The most noticeable changes appear to include a revised front bumper with aggressive air intakes, massive five-spoke wheels that cover what are most likely Brembo brakes, and sporty side sills which help to give the sport-ute a lowered appearance. Other exterior goodies include a hood scoop, a roof mounted rear spoiler, and slightly more aggressive door mirrors.

Power is expected to come from a new 6.4-liter 392 HEMI V8 engine which will produce upwards of 505 horsepower and about 510 ft-lbs of torque, a huge improvement over the 6.1-liter HEMI's output of 420 horsepower and 420 ft-lbs of torque. Considering that the latter engine allows the current Grand Cherokee SRT8 to sprint from 0-60 mph in under 5 seconds, the new SRT8 should bring, dare we say it, supercar-like performance to the new Mercedes ML-based crossover. The new engine is also expected to appear in the updated Dodge Charger SRT8 and Chrysler 300C SRT8, as well as the facelifted Dodge Challenger SRT8.