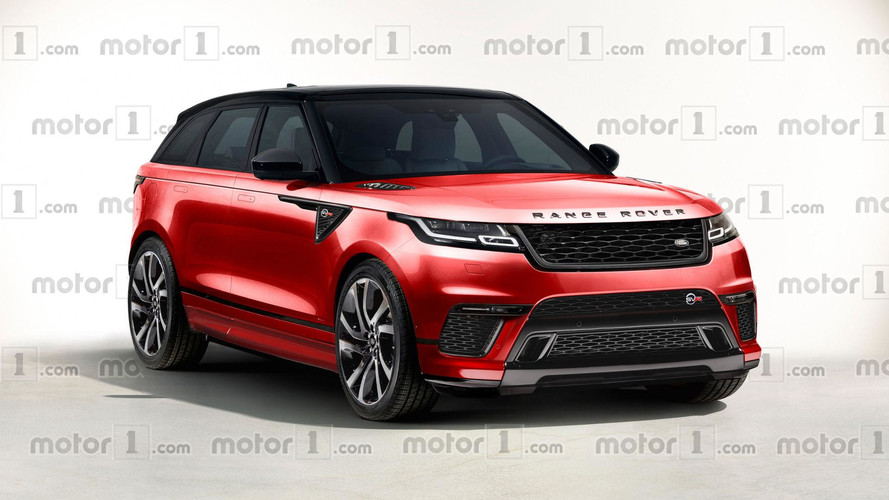 It might just make you fall hopelessly in love with SUVs.

The Velar made its debut in March at the Geneva Motor Show, but spy shots have shown Land Rover is already hard at work preparing a hotter version likely to get the “SVR” suffix. Based on those images, our Italian friends and colleagues at OmniAuto.it have imagined the stylish SUV in what will be its most potent iteration.

How potent you ask? With a supercharged 5.0-liter V8 lurking underneath its hood, the Velar SVR could pack as much as 550 firepower to match the Range Rover Sport SVR. In the event Land Rover won’t go all out, the hp number will probably still start with a 5, thus giving the range topper at least an extra 120 hp over the current 380-hp model.

Naturally, the render takes some design cues from the aforementioned Range Rover Sport SVR, such as the pair of hood vents and the numerous glossy black bits and bobs. It also sits closer to the road on large wheels with low-profile tires and gets a more muscular body as it would be appropriate for anything SVR-related.

There’s no view from the back just yet, but the spy shots attached below are showing a prototype with a work-in-progress bumper set to host twin exhaust tips flanking a prominent diffuser.

If you’re wondering about the level of performance the performance SUV will be able to achieve, look for the 0-62 mph (0-100 kph) task to be completed in roughly four seconds, give or take a couple of tenths of a second.

As to when we’ll actually get to see the real deal, the Range Rover Velar SVR is unlikely to debut in 2017 considering the regular versions were unveiled just a few months ago. In terms of pricing, the most expensive model on sale today in the United States costs $103,265 with all the available options added, but without taking into account the $8,700 matching watch. This, however, will be obviously a lot more expensive.