Check Out The Porsche 911 GT2 RS In Leaked Official Images 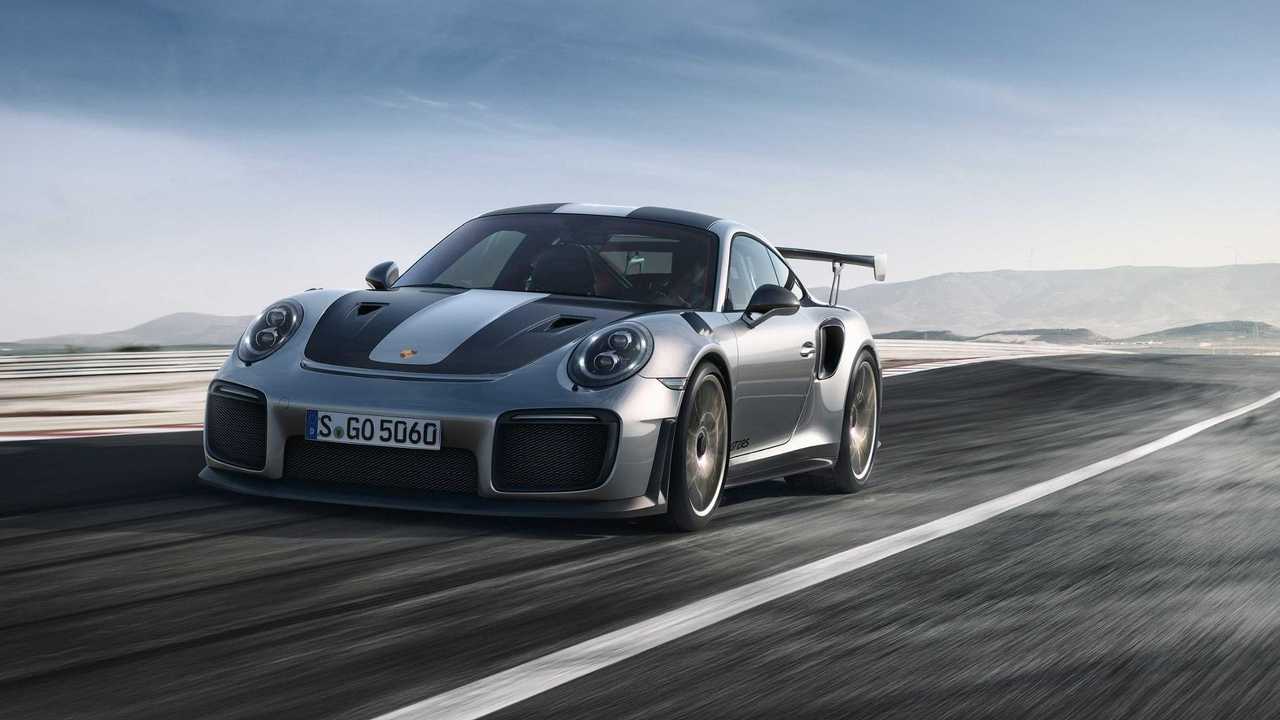 After making a rather unexpected debut earlier this month at E3, the hotly anticipated Porsche 911 GT2 RS is back in the news as several official images have emerged onto the World Wide Web. It’s likely a sign the car will be revealed in all of its limited production glory very soon, quite possibly over the weekend at the Goodwood Festival of Speed where we know for sure it will make some sort of an appearance.

The new imagery comes to reveal the stripped-out interior cabin with an abundance of carbon fiber and a two-tone finish with a predominantly black look combined with red accents, including for the headliner. Also noticeable is the beefy roll cage behind the body-hugging seats, which as you can see have a carbon fiber shell to keep the weight as low as possible. It looks like those fortunate enough to own Porsche's crown jewel will get the 911 GT2 RS with a matching watch.

“Weissach RS” lettering in red adorns the headrests and it’s also found as a plaque on the carbon trim on the passenger’s side, with both being complemented by an outline of the track. It remains to be seen whether this is an optional Weissach package of some sort like it was the case with the 918 Spyder or all 911 GT2 RS cars will come in this specification. We have a feeling it will be optional.

We will have to wait a little bit more to discover the juicy technical details, but latest intel coming from sources close to Porsche suggests it will have about 700 horsepower from its upgraded biturbo 3.8-liter flat-six engine. The flagship PDK-only 911 is said to tip the scales at around 1,500 kilograms (3,306 pounds) and do 0-62 mph (0-100 kph) in 2.9 seconds en route to 212 mph (341 kph).

Only 1,000 units will allegedly be made and supposedly all of them have already been pre-sold. You can take comfort from knowing you’ll be able to drive the 911 GT2 RS in Forza Motorsport 7 due on October 3 on PC and Xbox One while on the Xbox One X it will be out on November 7.