Auto show display stands are all well and good, but if you really want to display your supercar at its best, why not have it racing in front of fans? The McLaren 570S Spider did just that, debuting publicly at the Goodwood Festival of Speed.

Although drivers can raise the power hardtop in just 15 seconds while traveling as quickly as 25 miles per hour, the pilot at the helm of this car went al fresco even on a drizzly day. Though we will, of course, have to get behind the wheel ourselves to judge, the 570S Spider appears to set a plenty brisk pace up Lord March’s 1.1-mile hill climb. In ideal conditions, McLaren says the convertible will reach 62 miles per hour from rest in just 3.2 seconds. Keep the roof up and it’ll top out at 204 mph; with the wind in your hair, you’ll manage a mere 196 mph. 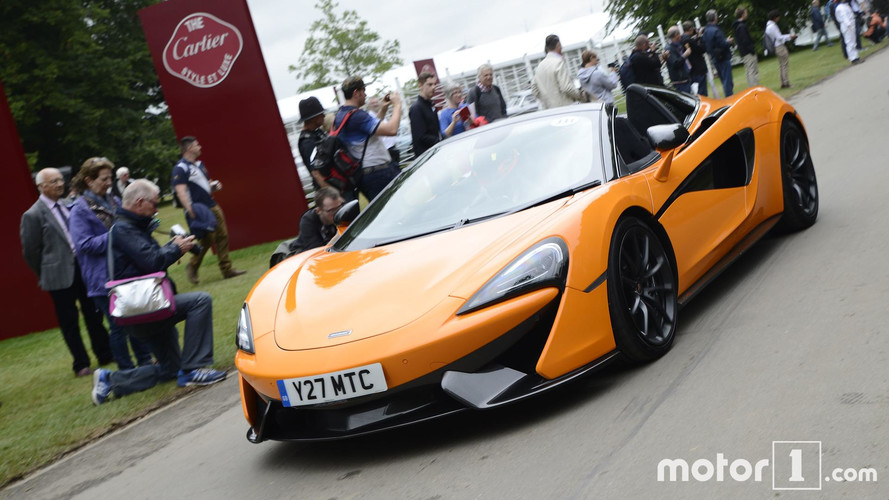 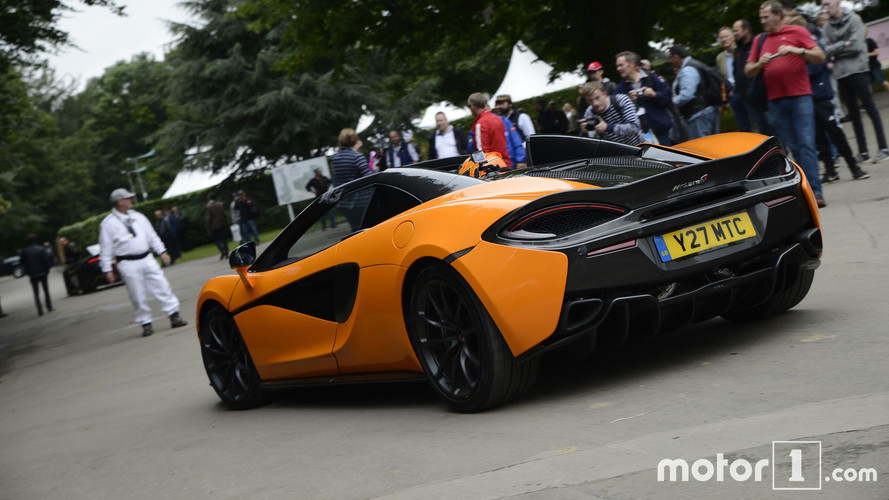 That performance is courtesy of the same 3.8-liter biturbo V8 engine and seven-speed dual-clutch transmission as in the 570S Coupe. In both cars, it delivers 562 horsepower (419 kilowatts) and 443 pound-feet (600 Newton-meters).

Compared to the coupe, the Spider’s folding top mechanism adds 101 pounds (46 kilograms), my McLaren says there is no loss in torsional rigidity. The top is based on the mechanisms used for the 650S and 675LT Spider models. There’s also an electrically operated rear wind deflector to keep your hair somewhat less tousled when driving your McLaren with the roof down.

When it goes on sale this September, the McLaren 570S Spider will cost $208,000 to start in the U.S. So if you want to replicate the antics seen in this video, start saving your change now.

McLaren is also using the Goodwood Festival of Speed to show off the new 720S – both in real and in Lego forms.