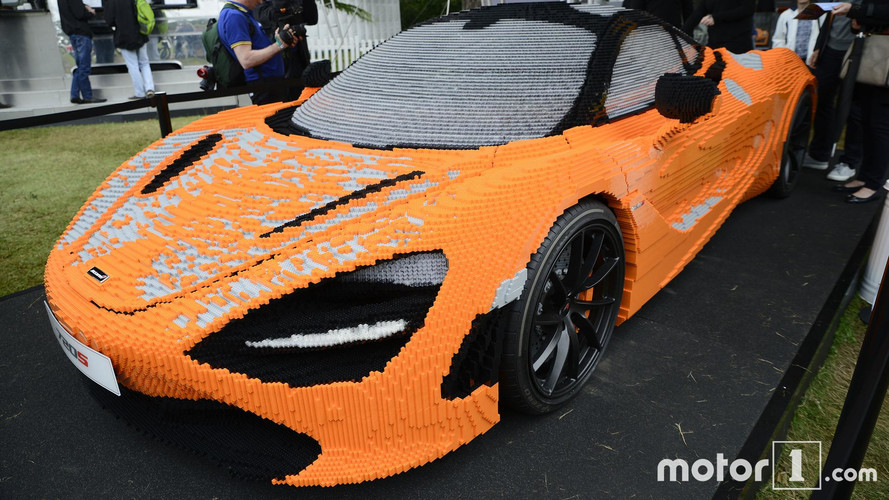 As if the standard one wasn’t stunning enough, take a look at this Lego recreation of the McLaren 720S. On display at the Goodwood Festival of Speed, the life-size model uses 267,300 Lego bricks and took six workers more than 2,000 hours to complete.

The Lego sculpture celebrates both the introduction of the 720S at this year’s Geneva Motor Show, and the launch of the 720S Lego Speed Champions kit. The former lists for a cool $284,475 in the U.S; the latter, just $14.99.

The model on show at Goodwood is incredibly detailed, faithfully recreating the many lines, curves, air vents, and creases of the real-life supercar. McLaren worked with the Lego team in Billund, Denmark, to create three-dimensional scans of the real car so the plastic-brick version would be as accurate as possible. As you can see here, though, it’s not actually complete: Lego left some spots on the car empty so that Festival of Speed attendees can stick on the remaining bricks. The car should be finished by the end of the day Sunday.

One aspect in which this giant Lego McLaren differs from the real model, though, is weight. At about 3,200 pounds, it’s more than 10 percent heavier than the real thing. The real McLaren 720S also has a real engine and transmission – specifically, a 4.0-liter biturbocharged V8 good for 710 horsepower and 568 pound-feet of torque, plus a seven-speed dual-clutch transmission. I also seriously doubt the Lego version can reach 60 miles per hour in 2.9 seconds and travel at 212 mph, feats the regular model can easily achieve.

Regardless, this is a seriously impressive feat of Lego engineering. My only regret is that this McLaren 720S recreation makes the Lego cars I built at home look pretty lame in comparison.

Gallery: McLaren 720S Made From Lego in Goodwood