Watch The Alpine A110 Makes Its Dynamic Debut At Goodwood

The 252-hp sports car sounds as good as it looks.

For the first time ever – apart from a lone spy video – the all-new Alpine A110 sports car was captured on the move. At the Goodwood Festival of Speed hillclimb, currently underway in the U.K., Alpine unleashed its A110 on the track in front of a crowd onlookers. And yes, it looks just as good tearing up the pavement as it does at the auto show stand.

The Alpine is powered by a 1.8-liter four-cylinder engine good for 252 horsepower (188 kilowatts) and 236 pound-feet (320 Newton-meters) of torque, and paired to a seven-speed paddle shift transmission. Total curb weight is just 2,380 pounds (1,080 kilograms), and the power-to-weight ratio is 231 hp per ton, better its closest competition, the 718 Cayman (222 hp per ton). And it sounds good too, as evidenced by the video above. 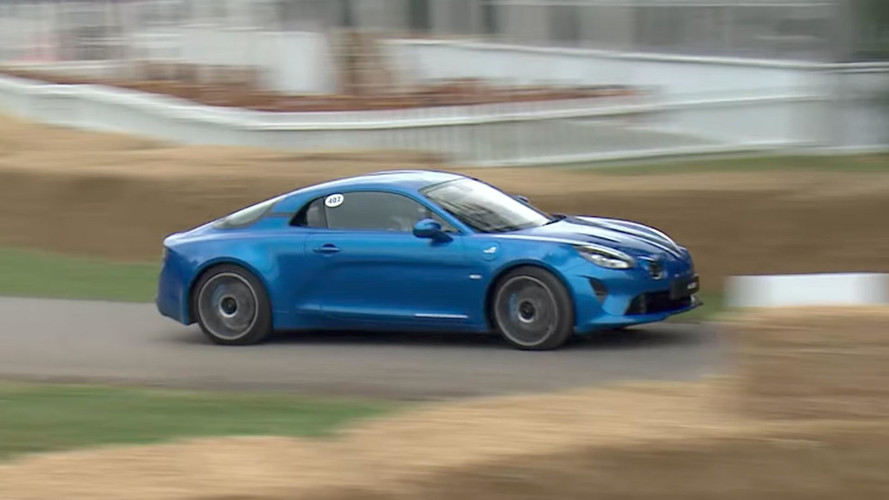 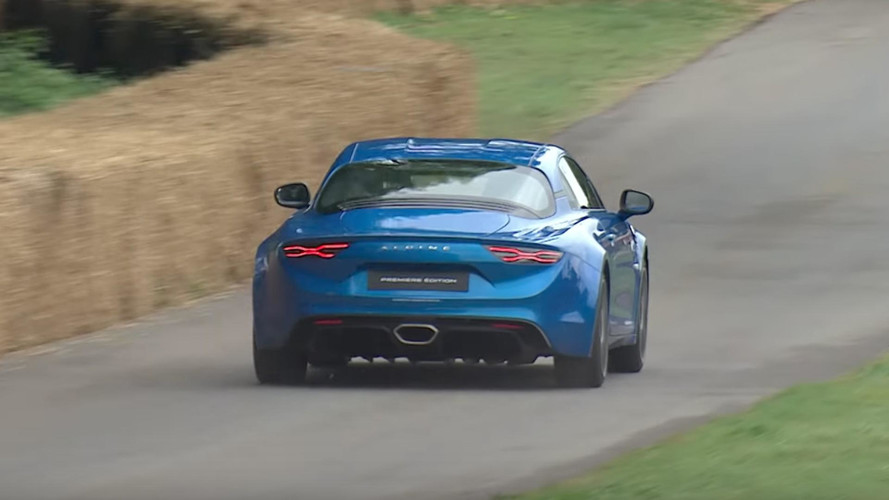 With the turbocharged engine and dual-clutch gearbox equipped, the A110 is able to sprint to 60 miles per hour (96 kilometers per hour) in just 4.5 seconds, and continue on to a limited top speed of 155 mph (249 kmh). All that power is sent to the rear wheels, naturally.

Production of the Alpine A110 is scheduled to begin early in 2018, with the Premiere Edition limited to just 1,955 examples, each at a cost of €58,500 ($66,890 at current exchange rates) in France. The Premiere Edition will come equipped with leather-upholstered Sabelt-one-piece seats, 18-inch forged wheels, and a custom Focal stereo.

Right-hand-drive examples will make their way to the U.K and Japan later in 2018, but don’t expect to see the retro-modern coupe stateside. Alpine has said that the A110 most likely won’t make its way to the U.S. anytime soon. 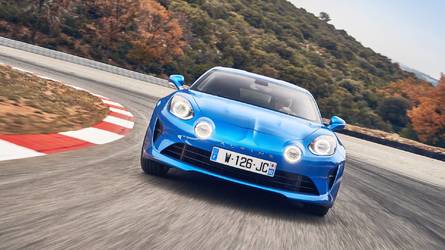