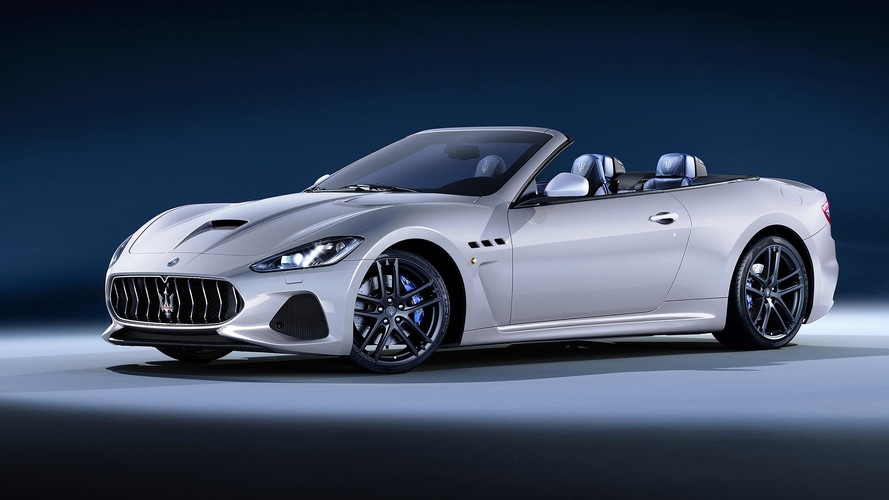 As with the coupe, the 2018 Maserati GranTurismo convertible is not a huge departure styling-wise from last year’s model. The new grille shape is inspired by the look of Maserati’s Alfieri concept, while new intake designs in the front fascia help improve aerodynamic performance. The rear bumper, too, has been restyled. Move into the cabin, and there’s a new 8.4-inch touchscreen infotainment system that adds support for Android Auto and Apple CarPlay, plus a redesigned center console with a new rotary controller and drive-mode buttons.

The 2018 Maserati GranTurismo convertible will be sold in Sport and MC models, with distinctive styling for each variant. Both versions will, however, share the same 4.7-liter V8 engine and six-speed automatic transmission. As in the coupe, that powertrain is essentially unchanged from last year. It’ll crank out 460 horsepower (343 kilowatts) and 384 pound-feet (520 Newton-meters) of torque.

The GranTurismo convertible is far from the only Maserati on display at the Festival of Speed. Maserati is also exhibiting an A6 1500, which was first introduced to the public at the 1947 Geneva Motor Show; a 3500 GT from the 1950s; a 1967 Ghibli SS Coupé; and the 3200GT that was introduced in 1998. Those cars provide quite the visual contrast when seen adjacent to Maserati’s first-ever SUV, the Levante, at the Festival of Speed display.

For shoppers interested in buying a new Maserati, Goodwood is definitely the place to do so. Anyone who orders a 2018 GranTurismo model while at the Festival of Speed will receive a Maserati Exclusive Edition watch from Bulgari. 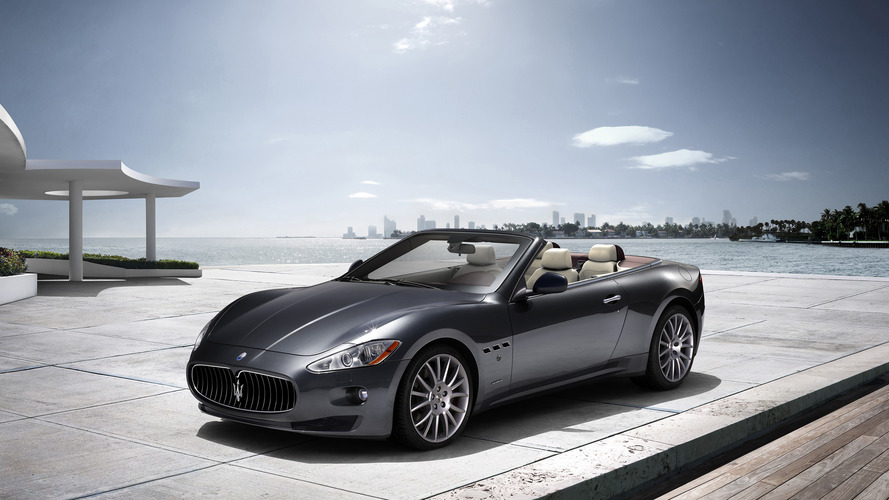 Maserati has chosen the most prestigious car culture event in the world to unveil the MY18 GranTurismo and GranCabrio. The iconic four-seater coupé makes its European premiere two days after it was revealed at the NYSE (New York Stock Exchange), while the GranCabrio makes its world debut at Goodwood Festival of Speed.

The Maserati stand at Goodwood makes its mark this year by celebrating 70 years of GranTurismo. Alongside the newly introduced GranTurismo and GranCabrio, a collection of classic GT Maserati cars will tell the GranTurismo story to the public.

GranTurismo is a genuinely Italian car concept pioneered by Maserati and remains the purest expression of the Modena based marque. The following legendary Maserati GT models will be on display at Goodwood:

A6 1500: the original GranTurismo model was launched at the 1947 Geneva Motor Show featuring a 1.5-litre six-cylinder in-line engine with 65hp under a revolutionary body designed by Pininfarina.

3500 GT: the first “mass-produced” Maserati made its debut in 1957, the year Fangio took the F1 title in his 250F. Its aluminium body was designed by Touring around a 3.5-litre six-cylinder engine with 230hp.

Ghibli SS Coupé: named after a Saharan wind, the 1967 Ghibli was designed by Giugiaro and is considered one of the greatest Italian grand tourers. The Ghibli SS was introduced in 1970 with a larger, 4.9-litre V8 engine with 335hp.

3200GT: designed by Giorgetto Giugiaro, it returned the GranTurismo concept to its former glory in 1998. The predecessor of the current GranTurismo featured a Twin Turbo 3.2-litre V8 engine with 370hp.

The restyled and further refined GranTurismo and GranCabrio models will also take on the Goodwood Hillclimb to make their global dynamic debuts in the Supercar Run. The 1.16-mile uphill stage is considered to be the most iconic feature of the Goodwood Festival of Speed with the Maserati runs starting today, 29 June, and continuing through to Sunday 2 July.

There will be two GranTurismo MC models at the Maserati stand, one in “Rosso Magma” with a black leather/Alcantara interior and one in “Grigio Lava” with “Rosso Corallo” leather upholstery. A GranCabrio Sport will be on display in “Blu Assoluto” with a “Bianco Pregiato” interior.

On display alongside the new GranTurismo and GranCabrio will be the flagship Quattroporte Diesel in “Blu Passione”, the Ghibli Diesel executive sports sedan in “Rosso Energia” and the Levante Diesel in “Grigio Maratea”. The Levante S recently announced for right hand markets, will be at the “First Glance” paddock.

Alongside these iconic models, Maserati has collaborated with several renowned partners to craft the perfect GranTurismo experience of style, comfort and performance at Goodwood. As part of its partnership with Maserati, Bulgari has designed the GranTurismo owner’s watch Exclusive Edition and will unveil it at the Maserati lounge at Goodwood. Every Maserati customer who orders a MY18 GranTurismo or GranCabrio during the Festival of Speed will be presented with one of the exclusive watches.

Maserati will also begin its partnership with Caviar House & Prunier at Goodwood Festival of Speed. To celebrate, the renowned gastronomy brand will offer an exclusive Beluga Caviar tasting experience to Maserati guests throughout the event.

The GranTurismo is the latest Maserati designed by Pininfarina and since its launch in 2007 it has evolved into one of the most iconic GT cars ever built. The GranCabrio made its debut in the 2009 Frankfurt Motor Show as a 2010 model. Both are considered to be the ultimate expression of Maserati’s passion, technology and craftsmanship and each one is unique in the supercar segment thanks to their timeless design and comfortable 4-seat interior.

Maserati has produced more than 37,000 GranTurismo and GranCabrio models in the historic factory of Viale Ciro Menotti in Modena and relaunches the two iconic models for 2018 with an elegant and aerodynamically efficient restyling, refined interiors and a state-of-the art infotainment system.

The streamlined range of each model comprises two distinct versions, the Sport and the MC. Both are equipped with the naturally aspirated 4.7-litre V8 engine, which was hand-crafted by Ferrari in Maranello and produces 460hp at 7,000rpm and 520Nm peak torque at 4,750rpm. A six-speed ZF Automatic Gearbox is attached directly to the V8 powerhouse.

The Maserati Design Centre team in Turin approached the MY18 restyling by treating the timeless Pininfarina design with utmost respect. The car’s new “sharknose” hexagonal grille is inspired by the Alfieri Concept and adds a three-dimensional effect to the frontal view. Together with the new, lower air ducts, the grille helps improve the airflow distribution and reduces aerodynamic drag from 0.33 to 0.32 for the GranTurismo and from 0.35 to 0.33 for the GranCabrio. The rear bumper has also been redesigned with an emphasis on the natural elegance of the iconic GT coupé and cabriolet, featuring a neater design with twofold layout for the Sport and MC versions.

The interior of the GranTurismo and GranCabrio offers unparalleled comfort for four adults thanks to the individual Poltrona Frau® leather seats with integrated armrests. For 2018, the sumptuous interior features a new, high resolution 8.4” capacitive touch screen and refined ergonomics. The state-of-the art infotainment system is compatible with both Apple CarPlay and Android Auto smartphone mirroring functions. The lower console is redesigned to accommodate a user-friendly, double rotary dial made of forged aluminium and the repositioned button cluster for the car’s driving modes. The new Maserati double dial clock at the centre of the dashboard and the Harman Kardon Premium Sound system are standard on both Sport and MC versions.