What New Aston Martin Do These Sketches Tease? 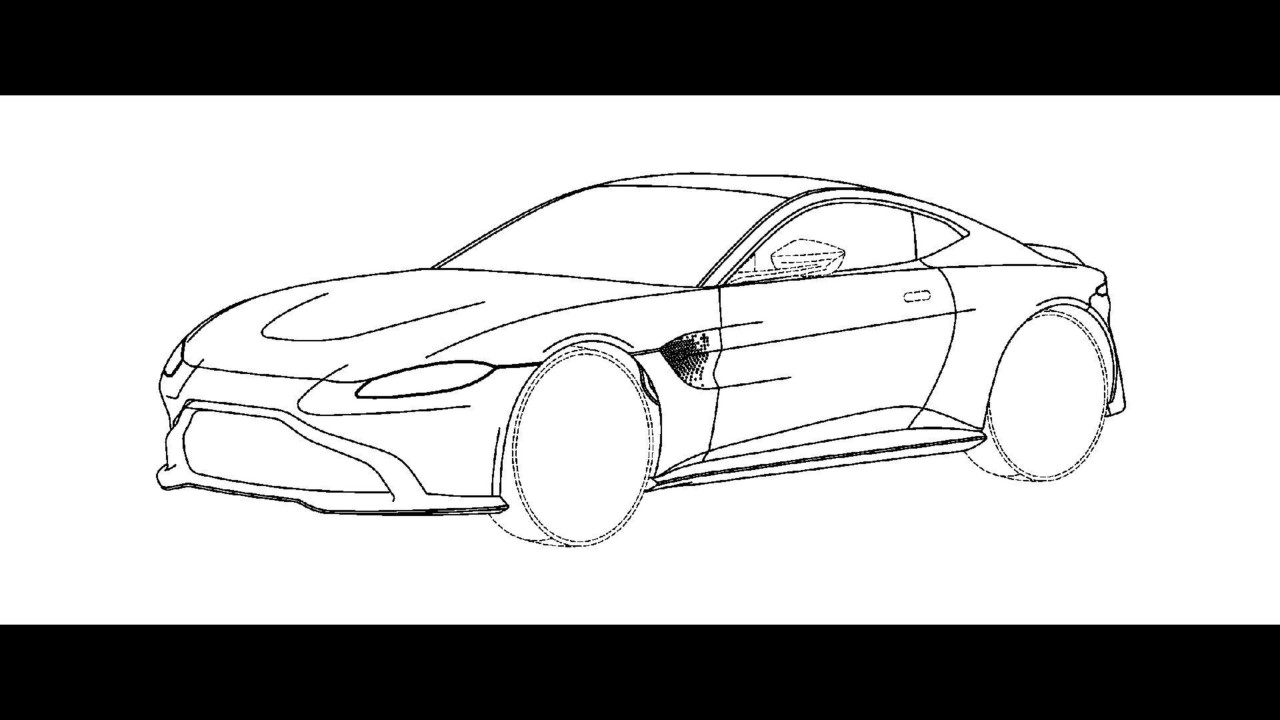 Is it the new Vantage, the next-gen Vanquish, or something else?

A design filing from Japan has revealed the look for a mystery Aston Martin. It doesn’t appear to be the next-gen Vantage, unless Aston's camouflage of the test mules is incredibly effective.

The sketches depict a sporty coupe that fits the usual Aston Martin mold with a long nose and short tail. The oval-shaped, horizontal-set headlights are similar to the existing Vantage, rather than the upward sweeping units in spy shots of the next-gen model. The C-shaped line on the hood could be a crease or something like cool vent on the GT12. The front fender vent appears larger than any existing Aston product too.

The sketch of the rear makes the model’s rear makes its identity even more enigmatic. The thin strip of LED taillights doesn’t look anything like the units on the Vantage test mule. However, the rear exhaust layout is similar to some of the development models, and this one features a diffuser underneath. The shape is somewhat reminiscent to the current Vanquish, too, so we could be looking at that vehicle’s successor.

According to Aston’s product schedule, there is a new model coming to the lineup every year through 2022, possibly ending with a mid-engine V8 supercar. The new Vantage arrives later this year and likely uses the same 4.0-liter biturbo V8 that’s now available in the DB11. The Vanquish replacement is due in 2018, and the DBX crossover comes in 2019. Lagonda might get a sedan and crossover in 2020 and 2021, respectively. Once the company launches all of these vehicles, it would launch a successor to the DB11, and start the process of renewing the products again.