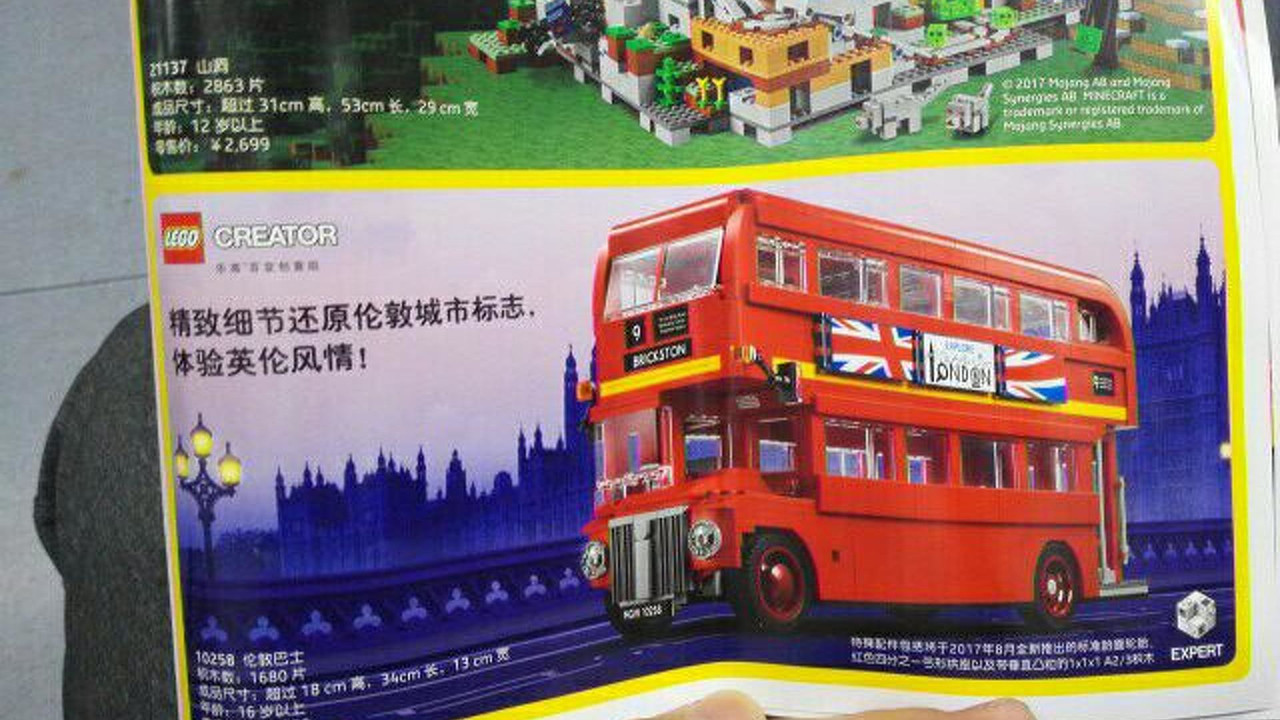 Is there still room in your house for yet another Lego set? If so, we have what we believe is a neat proposal. The forthcoming set will highlight one of the most popular attractions in London – the Double Decker Bus. Known by its official name as the “Lego Creator Expert London Bus,” the new set will encompass an impressive number of 1,680 pieces and will have the following dimensions: 34 centimeters (13 inches) long, 13 cm (5 in.)  wide, and 18 cm (7 in.) tall. If you believe it would take up a lot of space, Lego launched last year the smaller London Bus Set.

Lego has already teased the set in its July Store calendar and people will be able to get their hands on one as early as this Saturday. The Brick Show has it on good authority an event will be organized on July 1 at all five Lego stores in London within the M25 area during which the Lego Creator Expert London Bus will take center stage. At these stores in U.K.’s capital, the set is going to be available for £109.99, which works out to about $142 by doing a raw conversion. Every buyer will also receive a free gift, but it's not know at this point what the freebie represents.

The set will allegedly be launched in United States for the general public beginning with August 1. Price? Expect to pay somewhere in the region of $120.

Now, we have a weird desire to see the Lego Creator Expert London Bus in a crash test as it was the case with the Porsche 911 GT3 RS last month, which was spectacularly blown to smithereens.

As a final note, someone had the idea to create a Lego version of another London transportation hallmark – the black taxi cab, though it didn’t receive the necessary support to be considered by Lego as a future set.