The company's boss at the time got an '86 Countach with a unique color and tuned engine.

Valentino Balboni worked at Lamborghini for over 40 years, including a long stint as a test driver of the company’s fantastic machines starting in September 1973. Lambo even honored him with the limited run Gallardo LP550-2 Valentino Balboni that featured rear-wheel drive, a revised suspension, tweaked gearbox, modified stability control, and other hardcore upgrades. Now, Balboni has slid behind the wheel of a special 1986 Countach QV to tell his story and to explain what made these models special. 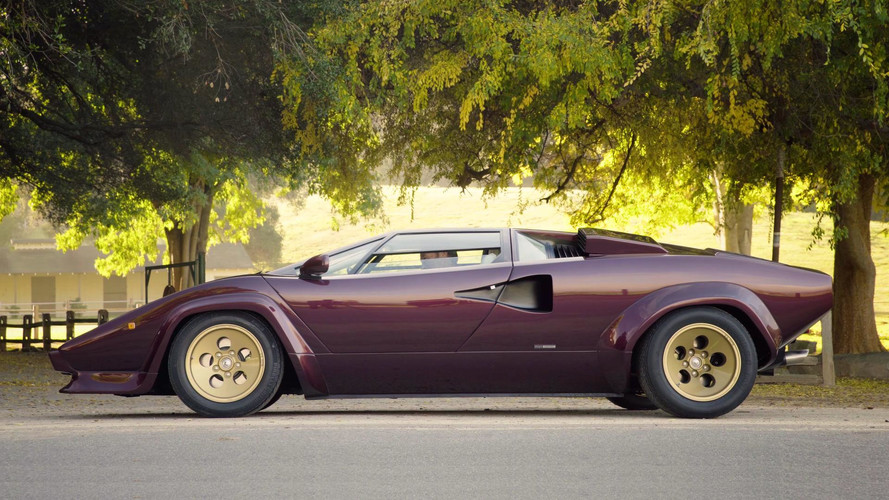 This Countach belonged to Patrick Mimran, Lamborghini’s CEO at the time. Since it was for the boss, the company gave the vehicle some unique upgrades. According to Hemmings, the car’s unique shade of eggplant called Bordeaux Speciale was a one-off color, and the builders also fit a custom leather headliner. The engine received sport cams and an extra oil cooler that pushed the output to 470 horsepower. In stock trim, the 5.2-liter V12 with six downdraft Weber carburetors produced 455 hp.

According to Balboni, being behind the wheel of a Countach still makes him feel “very lucky” today. Balboni believes that part of the vehicle’s magic comes from the engine being a little too high. This increases oversteer and means that the rear is “dancing all the time,” according to the former test driver. Keeping the lively tail under control forces the driver to pay attention and creates a connection between man and machine.

Balboni remains in the auto industry today with his own company that produces aftermarket equipment for Lamborghinis. His first product was a titanium exhaust for the Aventador SV that weighed just 13.8 pounds (6.3 kilograms) and required 350 hours each to produce.