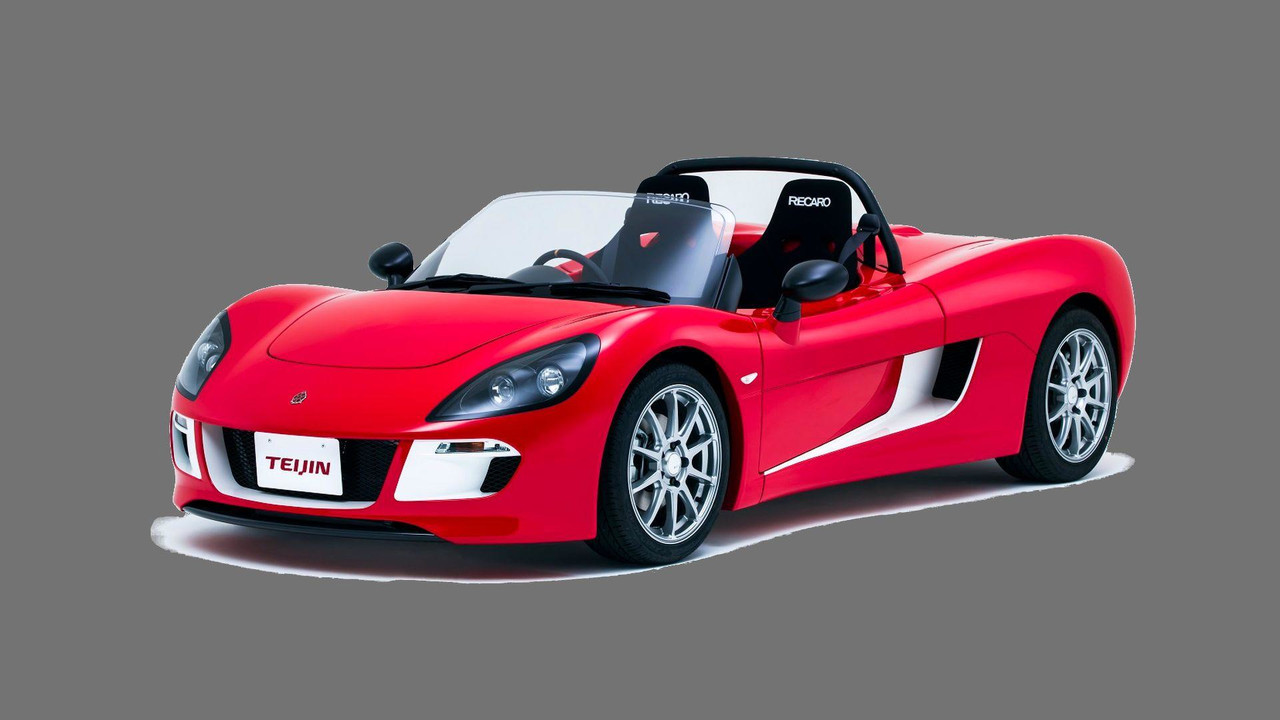 Not only does this design allow for better visibility, but it also is lighter than a traditional windshield and A-pillar.

Japan’s Tommykaira has a larger reputation as a tuner than as an automaker, but the firm’s ZZ roadster is a quirky entry into the vast segment of boutique sports cars. Now the company is giving the little model a unique feature by making the ZZ EV the world’s first vehicle with a polycarbonate-resin pillar-less windshield. The option should be available on the electric roadster this fall. You can see a comparison between the standard part, and the transparent version below.

Small, practically vestigial, pillar-less windshields were common on classic race cars, but modern rollover standards have made them too weak for modern machines. However, Teijin’s, the material’s supplier, design is thicker around the perimeter and is strong enough to eliminate needing a traditional metal A-pillar. The part on the ZZ EV “meets new Japanese standards that will become effective in July,” according to the company’s announcement.

The ZZ EV features a rear-mounted electric motor 302 horsepower (225 kilowatts) and 306 pound-feet (415 Newton-meters) of torque with a single-speed transmission. The roadster has a central aluminum monocoque with subframes at the front and rear. An adjustable double-wishbone suspension is at each corner and allows for tweaks to the ride height, toe, and camber.

These Are Examples Of TommyKaira's Tuned Vehicles:

By making the A-pillar transparent, drivers have even better visibility out the windshield. It’s potentially great for safety and would make the driving experience more immersive – fantastic attributes for a roadster. The other performance benefit is that the completely polycarbonate-resin front window is 36 percent lighter than conventional parts.

While the polycarbonate-resin is exclusive to the low-production ZZ EV for now, Teijin is looking for possible clients in the United States and Europe. This design seems useful in practically any vehicle, so we are curious to see where the fully transparent windshield might show up first.

GLM, an EV manufacturer launched by Kyoto University, expects to acquire street-ready certification for theTommykaira ZZ fitted with Teijin’s PC-resin window, after which it will offer the window as a special equipment for the car from this autumn.

PC resins are prohibited from use in automotive front windows due to safety standards. Teijin’s PC-resin window, however, thanks to its high resistance to abrasion and weather, meets new Japanese standards that will become effective in July, paving the way for its use in the Tommykaira ZZ.

Teijin also will market its PC-resin window for automakers in the U.S. and the EU, where demands are increasing for PC-resin products that meet new safety standards.

Teijin, by thickening the perimeter of its PC-resin window, has managed to eliminate the need for the A-pillar. As a result, the transparent PC-resin window achieves unobstructed sight lines for safer driving and more enjoyable sightseeing. The integrated PC-resin pillar-less window also is 36% lighter in weight than an equivalent conventional front window with an A-pillar.

About the Teijin Group

Teijin (TSE: 3401) is a technology-driven global group offering advanced solutions in the areas of environmental value; safety, security and disaster mitigation; and demographic change and increased health consciousness. Its main fields of operation are high-performance fibers such as aramid, carbon fibers & composites, healthcare, films, resin & plastic processing, polyester fibers, products converting and IT. The group has some 170 companies and around 19,000 employees spread out over 20 countries worldwide. It posted consolidated sales of JPY741.3 billion (USD 6.5 billion) and total assets of JPY 964.1 billion (USD 8.5 billion) in the fiscal year ending March 31, 2017.