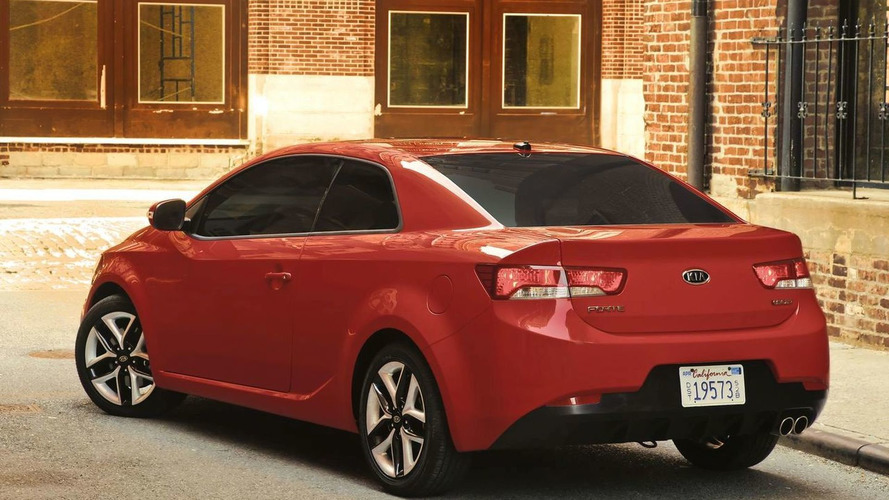 The new Kia Forte Koup was announced at the 2009 New York International Auto Show. Closely based on the 2008 KOUP Concept, the two-door Koup has two engines making 156hp and 173hp each.

Kia has announced its first-ever two-door coupe passenger car at the 2009 NYIAS. The Koup is part of the Forte range that replaces the Spectra model in the US. The new Forte sedan made its US debut at the 2009 Chicago Auto Show. The Forte Koup's design is based on the KOUP Concept which was shown at the 2008 NYIAS.

Styling details of note include wrap-around headlights, the aggressive air intakes, dual tailpipes and a rear diffuser. Two trim levels on offer are the EX and SX. The EX is the standard Forte Koup and it arrives with features like a 2.0-litre 156hp (115kW) and 144 pound-feet engine with Continuously Variable Valve Timing, a 5-speed manual or an optional 4-speed automatic transmission and 16-inch alloy wheels.

The higher-spec SX has a 2.4-litre straight-four motor with 173hp (127kW) and 168 pound-feet of torque. It returns 22mpg in city driving and 32mpg under highway conditions when mated to the 6-speed manual.

Kia says the body achieves high torsional stiffness which is good news for those looking for more than just straight line speed. More good news for the feisty driver is that the suspension system is sport-tuned to give a firmer ride. To balance performance with safety the FWD Koup has ABS brakes, electronic stability control and more than four airbags.

Some of the creature comforts listed are Bluetooth connectivity, iPod and USB auxiliary inputs, a standard six-speaker AM/FM/CD/MP3 audio system and steering-wheel mounted audio controls. SIRIUS Satellite Radio capabilities are part of the music player and come with a free three-month subscription to the service.