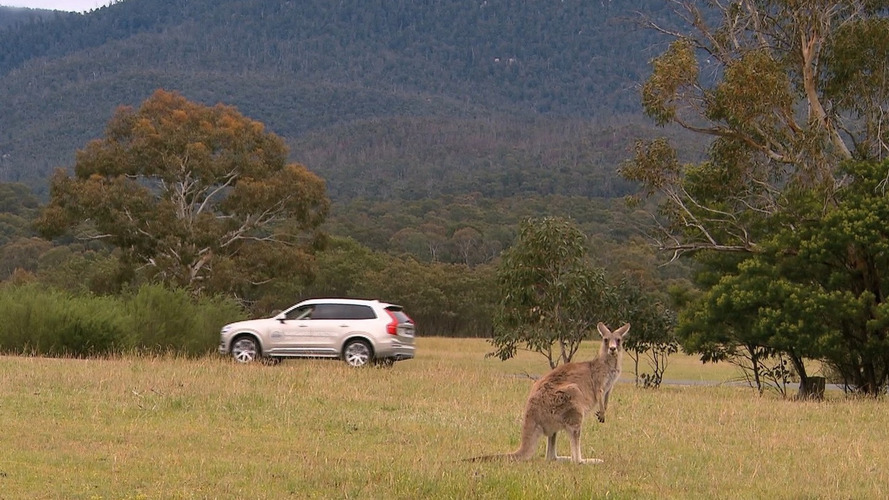 Volvo wants no one to be killed or seriously injured in a new Volvo car by the year 2020, and is currently working on a number of autonomous and safety systems under the Vision 2020 strategy to achieve this goal. While a Volvo is already quite a safe place to be in for humans, it is, apparently, still not good enough for animals on the road.

The new S90, for example, can detect large animals such as elk, horses or moose, night or day, but is not doing great job recognizing kangaroos. As it turns out, the spontaneous moves of kangaroos confuse the Large Animal Detection system.

"We've noticed with the kangaroo being in mid-flight when it's in the air, it actually looks like it's further away, then it lands and it looks closer," Volvo Australia's technical manager David Pickett told ABC.

While hitting a kangaroo might not sound like a big issue for most of the world, in Australia there are about 16,000 collisions between a car and a roo every year. That’s why Volvo has sent part of its research team to Tidbinbilla Nature Reserve in Canberra some 18 months ago to study the animals and their habits.

Currently, the engineers are working to improve the system that uses several radars and cameras, and make it detect kangaroos and apply the brakes if a collision is imminent. "It's quite interesting for them," Mr Pickett said, confirming the problem won’t delay the eventual rollout of driverless cars in Australia.

Source: Volvo via ABC and BBC