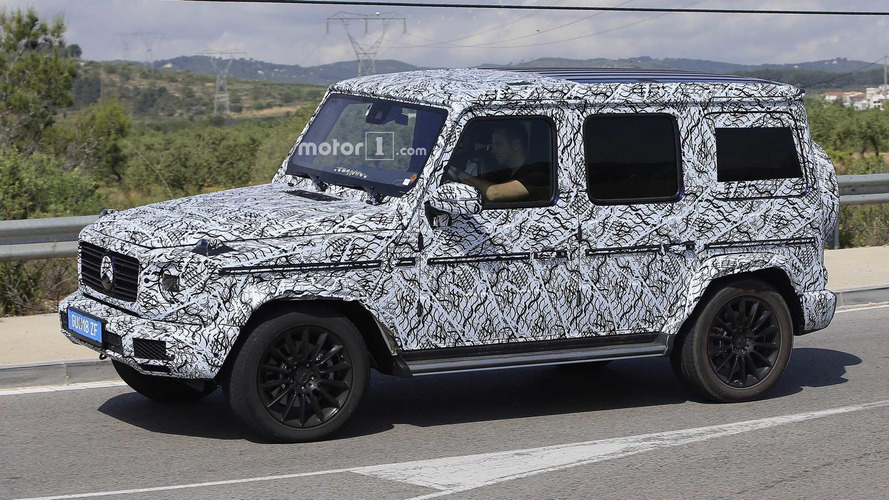 It will be four inches (10 centimeters) wider than its predecessor.

The legendary G-Class originally launched in 1979 was supposed to bow out towards the end of the 1990s when the first-generation M-Class was introduced to act as its successor, but that didn’t happen. Why? There were still a lot of people in love with the G-Wagen and Mercedes had no other way but to keep it alive. In 2002, the reputable off roader was officially brought to United States as up until it had entered the country via gray-market importing.

The G’s demise loomed a few times in its lengthy life cycle whenever sales went down, but it survived and now it’s going strong, prompting Mercedes to finally come out with a new generation after the model’s last significant refresh in 1990 with the 463 series.

All of these reveals were made by the man in charge of the G-Class’ business unit, Gunnar Guethenke, who went on to specify the next-gen model will be unveiled sometime next year. When it will arrive, the boxy G will gain a newly developed front independent suspension and will be about four inches (10 centimeters) wider to enable a more spacious interior.

The body-on-frame setup will carry over as Guethenke believes it’s one of the model’s backbones for its off-road prowess, along with the low-range gearing and its three locking differentials.

One of the engines set to power the 2019 G-Class will be a turbocharged six-cylinder, either a biturbo 3.0-liter V6 already available in some models (such as the “43” cars) or Mercedes’ forthcoming inline-six.

As a reminder, there are some rumors about a so-called “mini G-Class” set to take the shape of a yet-to-be-confirmed GLB as part of Mercedes’ expanded family of compact models. That sounds like a great idea as the G is not what you would call cheap and a miniature version would allow more people to get a taste of what makes its bigger brother so great.