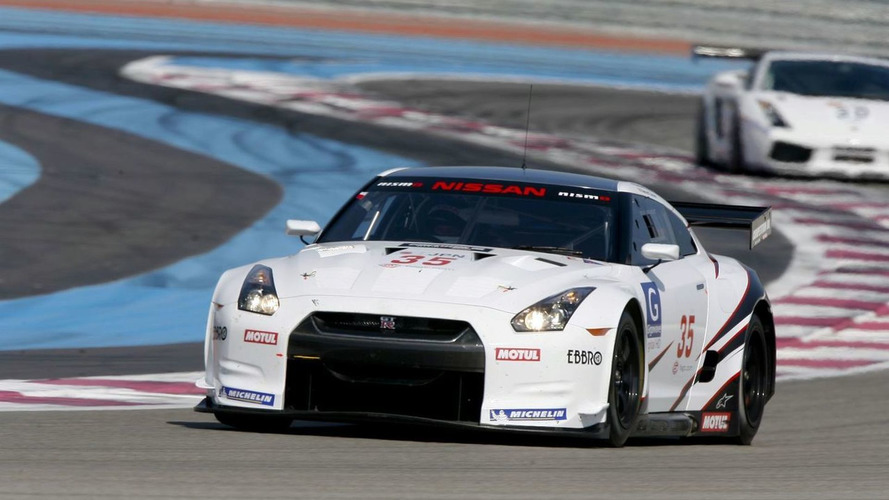 Details of the FIA GT1 Nissan GT-R are coming out. It's a choice ride. I'd highly recommend picking one up, if you have the means.

The FIA GT1-spec Nissan R35 GT-R will use an engine rated at 600 hp, and it will have the torque to match. With 650 Nm, this car could be a front runner during the upcoming GT1 season.

The GT-R gets all that power courtesy of the 5.6-liter VK56DE V8 engine, which pushes along the 18x13 Rays forged wheels. A detuned version also appears on the Infiniti QX56. But tweak the engine, and pair it with a Ricardo six speed transmission and you get a rear-wheel drive Godzilla. Carbon is used in more than a few parts, including the triple plate clutch, and six-piston caliper brakes.

Nissan's first use of the R35 GT-R in the FIA GT1 class will be on 3 May 2009 at Silverstone. It will also be entered in three other races throughout the season and then enrolling for the full 2010 season.