The improved infotainment system is the biggest upgrade for this freshening.

Maserati CEO Reid Bigland arrived to ring the closing bell of the New York Stock Exchange on June 27 in the refreshed 2018 GranTurismo. 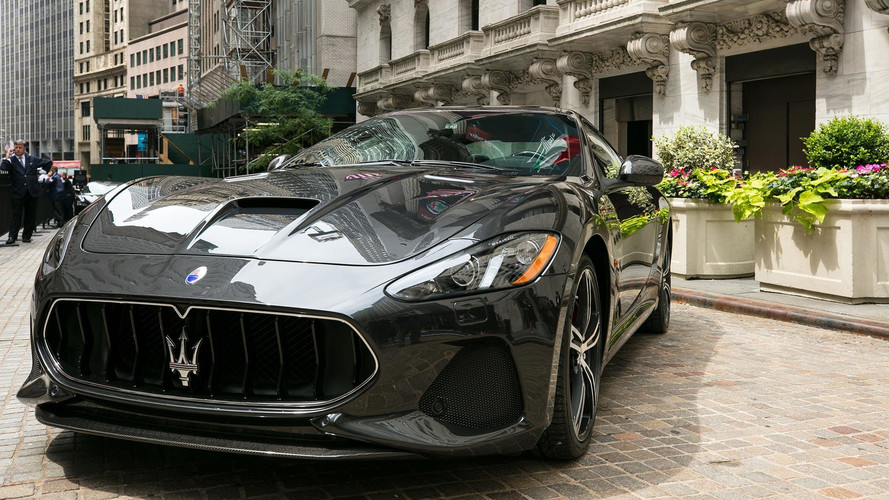 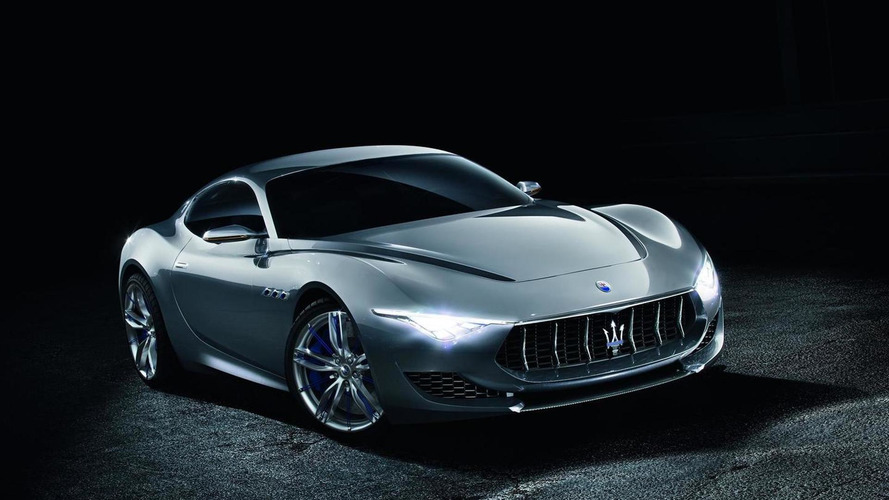 The Italian grand tourer’s revised design looks more like it enjoyed a weekend at a spa than took a trip to the plastic surgeon. Maserati adds a new front fascia with a hexagonal grille, instead of the existing model’s oval-shaped opening. There are also more conventional ducts in the corners that no longer sweep underneath the splitter. The company claims the nose’s updated design takes inspiration from the much-lauded Alfieri concept, and it doesn’t seem to fit the GranTurismo nearly as well (see comparison above). However, the tweaks have the benefit of reducing aerodynamic drag from 0.33 to 0.32.

Inside, the GranTurismo now features an 8.4-inch infotainment system with Apple CarPlay and Android Auto support. Music should sound good through the Harman Kardon Premium Sound system. The buttons for controlling the driving modes are now on the lower central console near the gearshift. Customers can pick from seats with Poltrona Frau leather or with a combination of Alcantara and leather upholstery.

Unfortunately, the 2018 GranTurismo sticks with the same Ferrari-built 4.7-liter V8 as years past. It continues to produce 460 horsepower (343 kilowatts) and 384 pound-feet (520 Newton-meters) of torque. A six-speed automatic gearbox sends the power to the rear wheels. The GranTurismo Sport base model can get to 62 miles per hour (100 kilometers per hour) in 4.8 seconds, and the lighter MC need 4.7 seconds to reach that speed. As a reference for how much the GranTurismo has changed over the years, the 2013 model needed 4.7 seconds to reach 62 mph with an automated manual and did it in 4.8 seconds with the full automatic gearbox.

Maserati CEO Reid Bigland will ring the closing bell of the NYSE at 4pm EST.

Modena, 27 June 2017 – Maserati has chosen the New York Stock Exchange as the venue to unveil the model year 2018 GranTurismo. With its restyled exterior in “Grigio Granito” colour and refined black leather interior, the GranTurismo MC (short for Maserati Corse) makes its world debut today at the Experience Square, right at the main entrance of the NYSE.

Maserati will line up its entire range next to the restyled GranTurismo MC in front of the New York Stock Exchange building: a black Ghibli SQ4 Nerissimo Edition with a black/red interior (an exclusive version for the US and Canada markets, which debuted in the New York Auto Show last April), a blue “Passione” Quattroporte GTS GranLusso with a Zegna Silk interior and a white 350hp Levante with a black/red interior, the first SUV in Maserati’s century-long history.

Alongside the modern Maserati cars, busy New Yorkers will have the unique opportunity to admire a sensational sports coupé representing Maserati’s racing heritage: the blue Maserati Tipo 151 – one of three ever built – that participated in the 24 Hours of Le Mans race in 1962.

MY18 GRANTURISMO: REFINED INSIDE OUT

GranTurismo is a genuinely Italian car concept pioneered by Maserati. The GranTurismo model is the latest Maserati designed by Pininfarina and since its launch in 2007 it has evolved into one of the most iconic GT cars ever built. The 4-seater coupé is considered the ultimate expression of Maserati’s passion, technology and craftsmanship and remains unique in the supercar segment thanks to its timeless design and comfortable 4-seat interior.

Maserati has produced more than 37,000 GranTurismo and GranCabrio models in the historic factory of Viale Ciro Menotti in Modena and relaunches the iconic model for 2018 with an elegant and aerodynamically efficient restyling, refined interiors and a state-of-the art infotainment system.

The streamlined GranTurismo range comprises two well defined versions, the Sport and the MC – the latter on display in New York. Both versions are equipped with the naturally aspirated 4.7-litre V8 engine, hand-built by Ferrari in Maranello and capable of producing 460hp at 7,000rpm and 520Nm of peak torque at 4,750rpm. A six-speed ZF Automatic Gearbox is attached directly to the V8 powerhouse.

The Maserati Design Centre team in Turin approached the MY18 restyling by treating the timeless design with utmost respect. The car’s new ‘sharknose’ hexagonal grille is inspired by the Alfieri Concept and adds a three-dimensional effect to its frontal view.

Together with the new, lower air ducts, the grille helps improve the airflow distribution and reduce the aerodynamic drag from 0.33 to 0.32. The rear bumper has also been redesigned with an emphasis on the natural elegance of the iconic GT coupé and cabriolet, featuring a neater design with twofold layout for the Sport and MC versions.

The interior of the GranTurismo offers unparalleled comfort for four adults, thanks to the individual Poltrona Frau® leather seats with integrated headrests. The iconic Italian coupé is also available with Alcantara and leather upholstery.

For 2018, the GranTurismo features a new, high resolution 8.4” capacitive touch screen and Harman Kardon Premium Sound system. The state-of-the art infotainment system is compatible with both Apple CarPlay and Android Auto smartphone mirroring functions, while the redesigned central console accommodates a user-friendly, double rotary knob, made of forged aluminium. The button cluster for the car’s driving modes is repositioned on the lower central console, next to the gearshift lever.