BMW Buyers Are Ditching The 3 Series For The X3 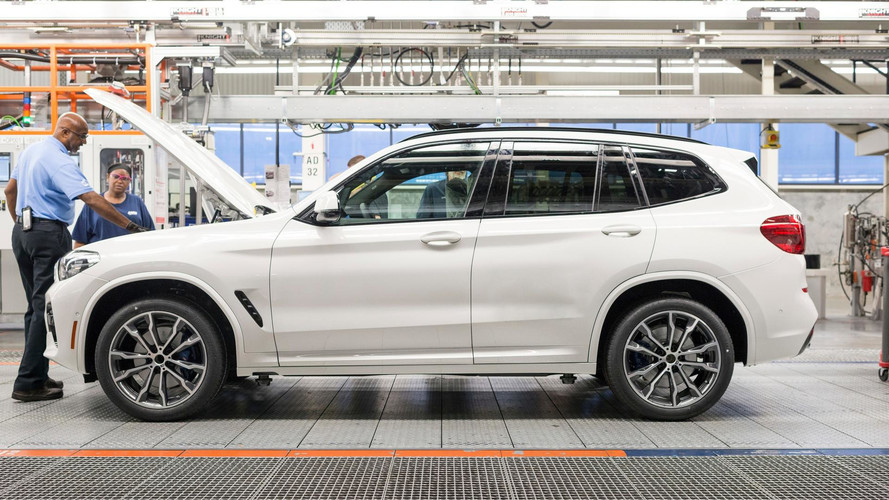 Without the U.S., there’s no business case for the X7.

In one big respect, BMW is no different than any other modern automaker: it’s focusing heavily on SUVs. That’s because customers are buying more and more of them. And once they try a BMW X model, they’re hooked for good.

“There are people moving from the 3 Series sedan into the X3,” says Harald Krüger, BMW Group chairman of the board. “Most of the customers never come back and are loyal to these [SUVs].”

So far this year, BMW’s U.S. car sales have fallen 11.4 percent, whereas SUV sales have grown by 13.5 percent. SUVs now account for 37 percent of BMW’s year-to-date volume. For the 3 Series specifically, 2017 sales have fallen 13.7 percent while X3 sales are up by nearly a third. Krüger says that change is due in part to the fact that SUVs offer a driving experience that appeals to owners.

In the past, however, BMW has sometimes run up against production constraints when trying to provide as many X3s to dealers as customers demanded. So in addition to Spartanburg, South Carolina, the new X3 will also be built in South Africa and in China.

“That’s why we will have three manufacturing locations in the future, because sometimes we couldn’t deliver as many X3s to the U.S. as we wanted,” he says.

Although demand is growing in every market, the U.S. has always had a healthy appetite for SUVs – even ones in segments that BMW didn’t necessarily expect to be popular with size-conscious American buyers.

“We were surprised by the success of the X1,” Krüger says of the smallest SUV offered here. “You normally think in the U.S. of the X1 as small car, but we are selling big numbers of the X1 already.”

At the other end of the spectrum, though, American shoppers are looking for a big car. They tell dealers that the three-row version of the X5 just isn’t enough SUV. That’s a big reason why BMW is launching the X7 next year.

“For the U.S. market the new X7 will be very important, because we haven’t had a product in that segment so far,” Krüger says.

The X7 will, of course, be sold globally, but it’s the SUV-hungry American market that really drove the business plan for building the new model.

“We have markets like China and Russia for example, they demand a product like this one,” he says. “But let’s put it this way, without a big U.S. market, it’s probably difficult to make that product.”