That's a lot of product.

By the year 2020, Spanish automaker SEAT could have as many as six new vehicles on the road in three new segments. Following the debut of the small Arona SUV (pictured here) just a few days ago, the company will roll out a range of all-new crossovers and electric vehicles before the turn of the decade.

According to AutoExpress, the majority of vehicles introduced to the lineup will be crossovers. We already know that a new third SUV is on the way and will compete with the Skoda Kodiaq on which it’s based, and another bespoke electric vehicle will ride on VW Group’s MED platform. The latter EV will be introduced in 2019 and come with a range of up to 310 miles (500 kilometers).

At the official reveal of the SEAT Arona, research and development boss, Matthais Rabe, said in an interview that “with these six new models we will enter at least three new segments. There will be three replacement models but three will be totally new." 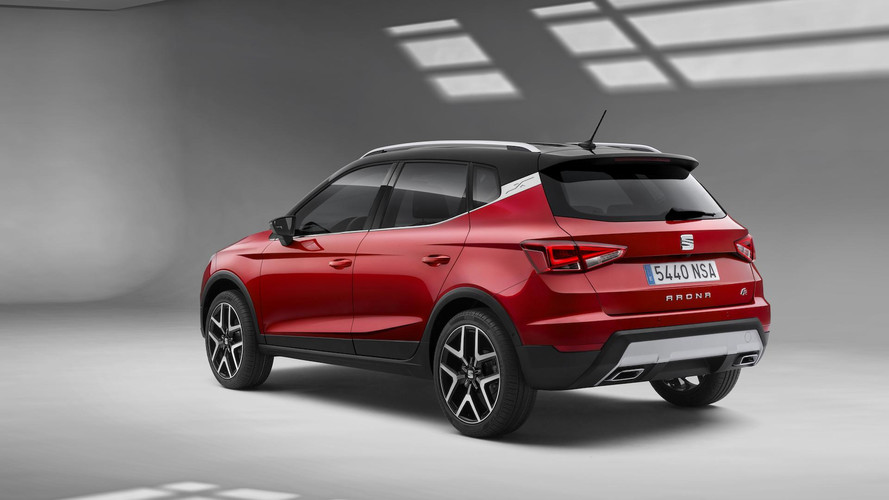 Speaking at the official reveal of the SEAT Arona, Matthais Rabe, SEAT’s R&D boss, told Auto Express: "With these six new models we will enter at least three new segments. There will be three replacement models but three will be totally new. We have plans up to 2025 on the product side. We are now coming to the biggest product phase."

Part of the update will include an all-new Leon hatchback, which will feature an all-new design language as well as a plug-in hybrid option, a first for the brand. SEAT design boss Alejandro Mesonero says that the new Leon will take the brand to the “next level” in terms of design.

The company will even introduce a high-performance Ateca Cupra with a 2.0-liter turbocharged engine, four-wheel drive, and as much as 300 horsepower. Our spy photographers have already spotted it testing at the Nurburgring.