Is it a hybrid? Is it a high-performance model? Or is it both?

Like the F430, the 458, and many others before it, Ferrari will expectedly introduce a go-fast version of its mid-engined 488 GTB sports car, either with a Speciale, Scuderia, or GTO moniker affixed. But unlike the 458, rumor has it that the company could be mulling a hybrid version with an F1-inspired KERS system attached.

We’ve already seen the first prototype out testing on public roads, but these new images give us an even closer look at the proposed hybrid Ferrari. This time the prototype was seen putting its new powertrain to the test on the dreaded Nurburgring rather than just outside of it. 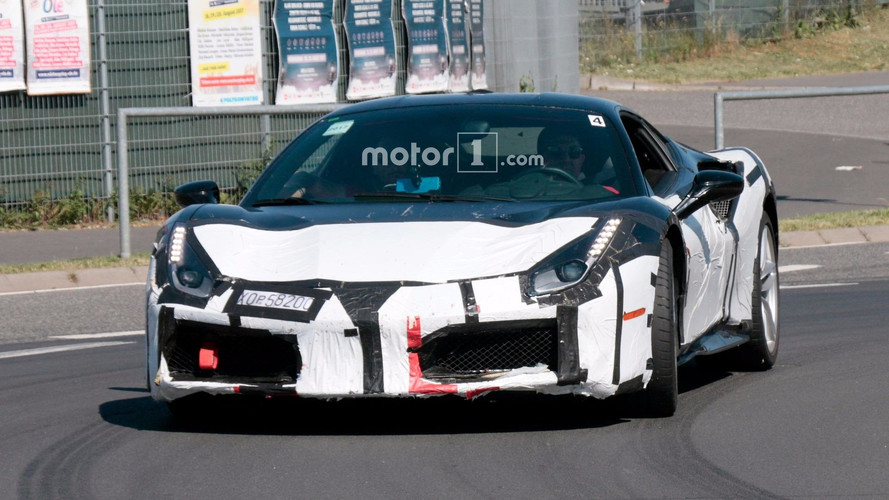 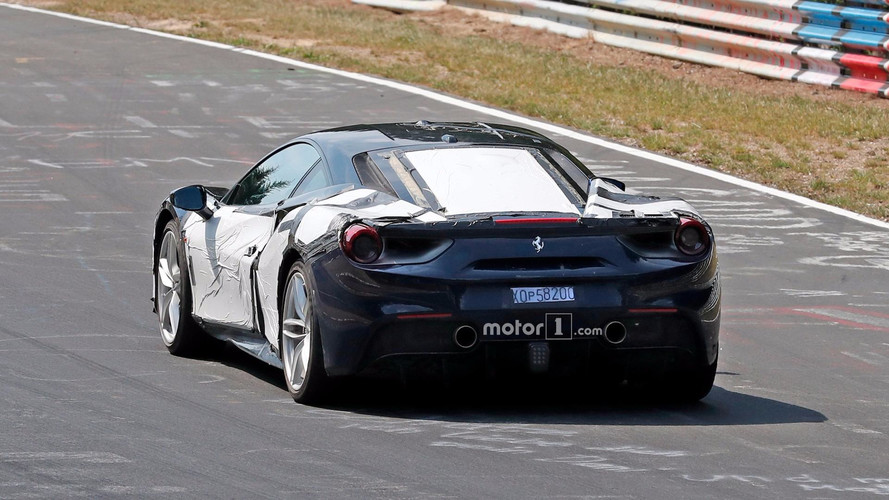 Many of the same distinguishable features remain from the previous spy shots; the gaping grille and bright red tow strap give this version a more track-focused look over the standard model. Apart from upgrades to the fascia, there are few noticeable differences from the base model.

Rumors suggest that Ferrari could revive its legendary GTO badge on this particular model, last used in 2010 on the 599 GTO. The potential 488 GTO would have as much as 700 horsepower (521 kilowatts), besting the current 488 GTB by more than 40 (29 kW), as well as upgrades to the exterior aerodynamics and chassis, and some necessary weight savings to bring the curb weight closer to 3,000 pounds (1,360 kilograms).

The hardcore 488 in question is expected to make its debut sometime in 2018, likely at the Frankfurt Motor Show in September, before the 488 model is phased out entirely, replaced for something even quicker. All Ferrari models from 2019 forward will come with some form of hybridization, this 488 Speciale/Scuderia/GTO could be the first to adopt the technology.