An 800-hp Lamborghini Huracan, a 950-hp Audi RS6 Avant, a Rebellion R2K, and a Murcielago SuperVeloce Winter Edition – these are just only a few of the cars owned throughout the years by Swedish professional skier Jon Olsson. For his latest set of wheels, he decided to fulfill a lifelong dream by purchasing a Rolls-Royce. 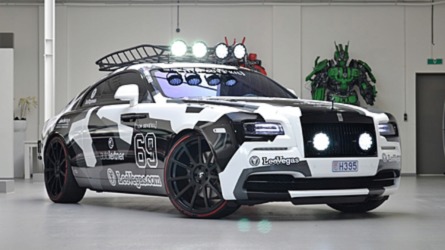 Six months ago, he bought a Wraith aka “George” and then shipped it over to Absolute Motors in The Netherlands to turn it into… this. The initial plan was to give the (once) elegant coupe a “crazy off road look” with “cool winter wheels,” but ultimately due to a lack of time he went with a simpler customization: lots of extra LED lights, a lowered suspension, and a camo wrap similar to his previous builds.

Riding on massive 24-inch Forgiato wheels, the one-of-a-kind Wraith also features a bespoke roof rack used for transporting a jet-powered surfboard made entirely out of carbon fiber and weighing just 18 kilograms (40 pounds). Olsson also had all the windows tinted in dark black and threw into the trunk a matching luggage set part of his new collection. 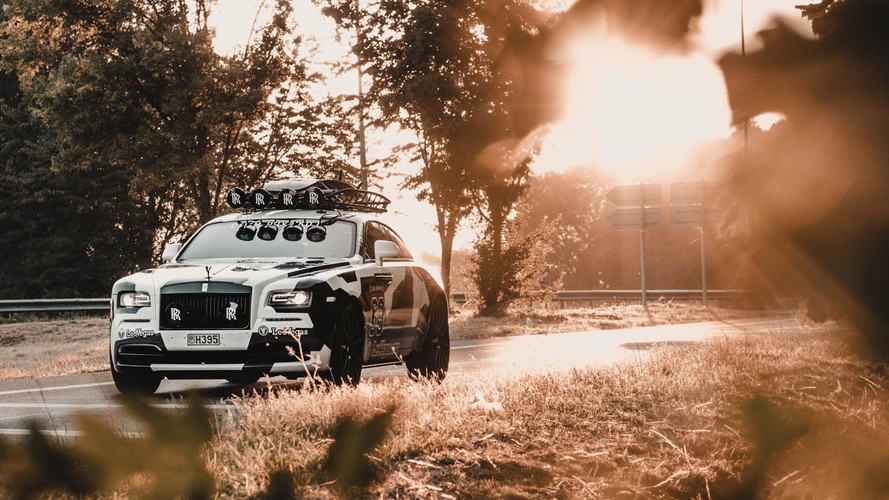 Absolute Motors was in charge of fiddling with the biturbo 6.6-liter V12 engine and managed to squeeze an immense dyno-verified 810 horsepower and 840 pound-feet (1,138 Newton-meters) torque. The engine generates 186 hp and 198 lb-ft (268 Nm) more compared to a stock Wraith and is linked to a custom exhaust system. It’s unclear at this point how the power bump was possible, but usually it’s done by upgrading the turbochargers, fiddling with the software, and other tweaks.

The aforementioned exhaust from QuickSilver was also probably responsible for a few of those extra ponies, though it’s primarily role is to make the car sound loud while Olsson is shredding those chunky rear tires. It’s not every day we get to see a Wraith doing a burnout, but then this is far from being an ordinary Rolls…