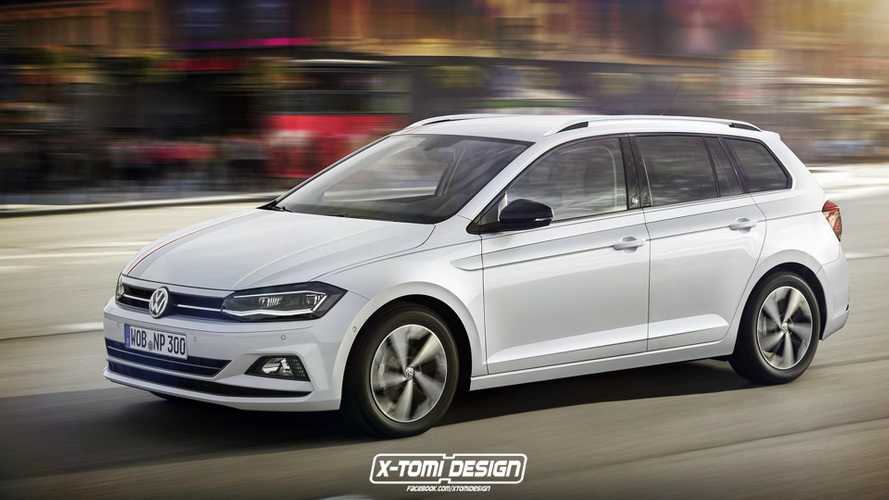 A Polo for everyone.

It was only a few days ago when the sixth-generation Volkswagen Polo was digitally imagined as a full-on R model joined by a purely hypothetical GTI Cabriolet and now the supermini has been transformed yet again. This time around, we’re looking at three new flavors: Sedan, Variant, and Alltrack.

Out of the three, the sedan is without any shadow of a doubt the most plausible considering it will actually happen in real life before the end of the year. Set to be called Virtus, the Polo Sedan will enter production in November and is going to be sold exclusively in South America. It’s being envisioned here in the flagship R-Line specification and it looks quite nice, though demand for B-segment sedans in many parts of the world has declined in recent years, so there’s a small chance VW will sell the Virtus elsewhere.

For the same reason, it seems highly unlikely the Polo is ever going to receive the Variant treatment. Remember, SEAT – which is part of the same VW Group – has pulled the plug on the Ibiza ST due to a lack of demand, favoring to focus on the new Arona to capitalize on the growing demand for crossovers to the detriment of wagons. VAG still has a B-segment wagon to call its own, the Skoda Fabia Combi, so it probably wouldn’t make a lot of sense to have a plushier Polo equivalent as well now that CUVs are all the rage.

As for the Alltrack, it’s a neat idea with some potential. It has already been implemented in one of the Polo’s main rivals, the Ford Fiesta, courtesy of the new rugged-ish Active trim. It remains to be seen whether VW will go down that road taking into account the Polo will soon spawn a crossover. The aforementioned Fabia has a similar version in the form of the ScoutLine, but that’s a wagon-only model.

Out of all these renders, the Polo R is the one we want the most to see in a VW dealership.