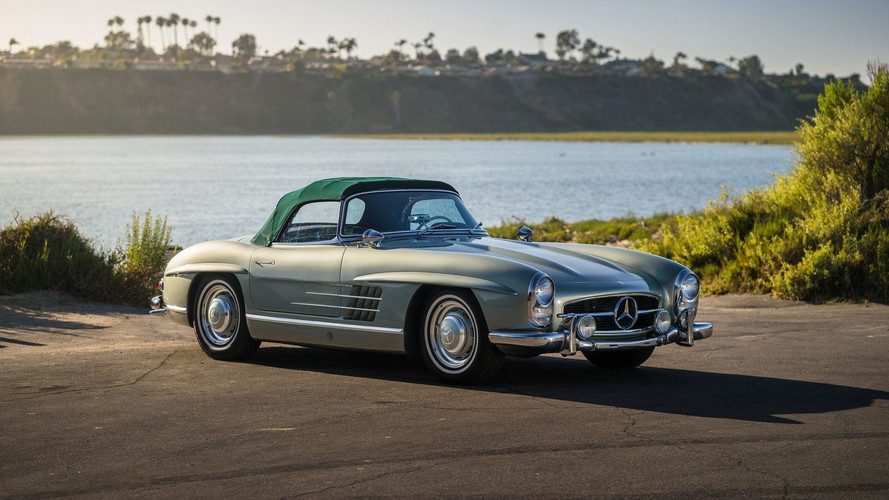 They say money doesn't bring you happiness, but have you ever seen someone sad in a 300 SL or an F40?

Remember the exquisite 300 SL Roadster we were talking about at the beginning of the month? Well, it has turned out to be the highest-grossing car at RM Sotheby’s Santa Monica sale over the weekend by fetching the impressive sum of $1,100,000. Besides driving home a fully documented roadster, the owner also received all the books, tools, and luggage that came bundled with the car.

Hands down one of the most beautiful cars ever made, the gorgeous droptop is celebrating its 60th birthday in 2017 and this particular example has been fully restored. When it was driven off the assembly line 57 years ago, the car had a Fire Engine Red, but now it’s boasting an interesting Light Green Poly shade.

To get an idea about the supercar’s performances, there’s a label that says:

“Warning – If the car is driven on race track or speed above 186 mph [300 kph], consult owner’s manual for proper [tire] inflation pressures.”

Pretty impressive for a car that originally came out in 1987, isn't it?

Rounding off the podium was a 1929 Duesenberg Model J Convertible Berline by Murphy sold for $880,000

Check out the full results from RM Sotheby’s Santa Monica sale at the link below where you’ll also find details about all cars.