Europeans will get to pick from a couple of diesel engines.

Following yesterday’s world premiere, the third-generation X3 is back in the news as BMW has dropped a long series of 10 videos showing off its all-new posh SUV from every possible angle. While it may not look all that different when compared to its predecessor, there are actually changes across the board. It’s slightly bigger, yet up to 121 pounds (55 kilograms) lighter than before and boasts a segment-leading drag coefficient of only 0.29.

Other modifications include a more rear-biased configuration of the xDrive system, 18-inch wheels as standard (17-inch previously), and a plethora of new tech inside the cabin, like the 10.25-inch touchscreen and a new head-up display 75 percent bigger than the old one.

While in the United States buyers will be stuck with the xDrive30i and M40i models for the time being, European will have a more extensive lineup. There will be an entry-level sDrive20i with a turbocharged 2.0-liter gasoline unit producing 184 hp (135 kW) and 214 lb-ft (290 Nm), which will be enough to reach 62 mph (100 kph) from a standstill in 8.3 seconds before hitting 134 mph (215 kph). The same engine will also be found in the xDrive20i due to go on sale in the spring of 2018 and set to provide the same performance as the rear-wheel-drive model. Regardless of the one you go for, both come with an eight-speed automatic transmission.

Since diesels are still going strong in Europe in the aftermath of the Volkswagen scandal, BMW will sell the X3 in an xDrive20d specification with a 2.0-liter rated at 190 hp (140 kW) and 295 lb-ft (400 Nm). The diesel punch will grant a sprint in eight seconds and a maximum velocity of 132 mph (213 kph).

A plug-in hybrid derivative is likely on the agenda as well, ahead of an all-electric X3 due to go on sale in 2020.

BMW will have the new X3 on sale in Europe this autumn. 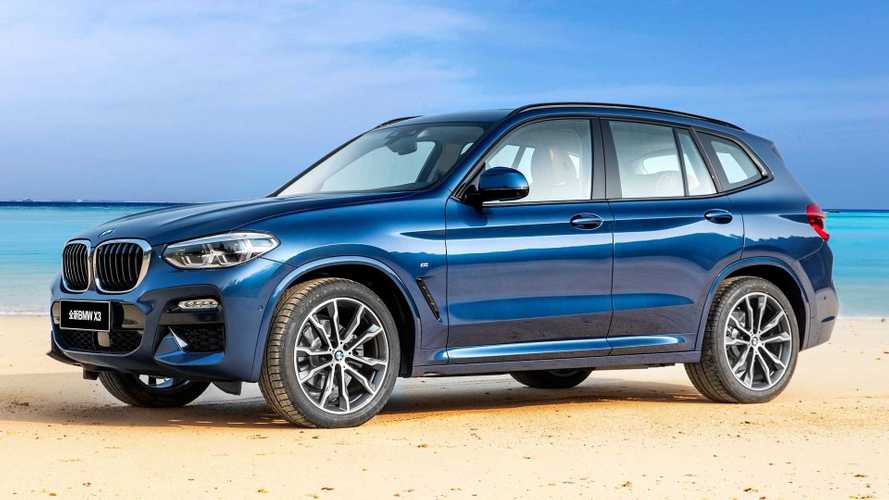