Military M151 MUTT Needs Your Support To Be Immortalized In Lego

This is a mutt we would love to adopt.

Lego Ideas already has a modern Jeep Wrangler Rubicon under review for possible production. Assuming it gets a green light for reaching store shelves, this new pitch for a classic M151 light military transport would be a fantastic vintage match to the modern off-roader. 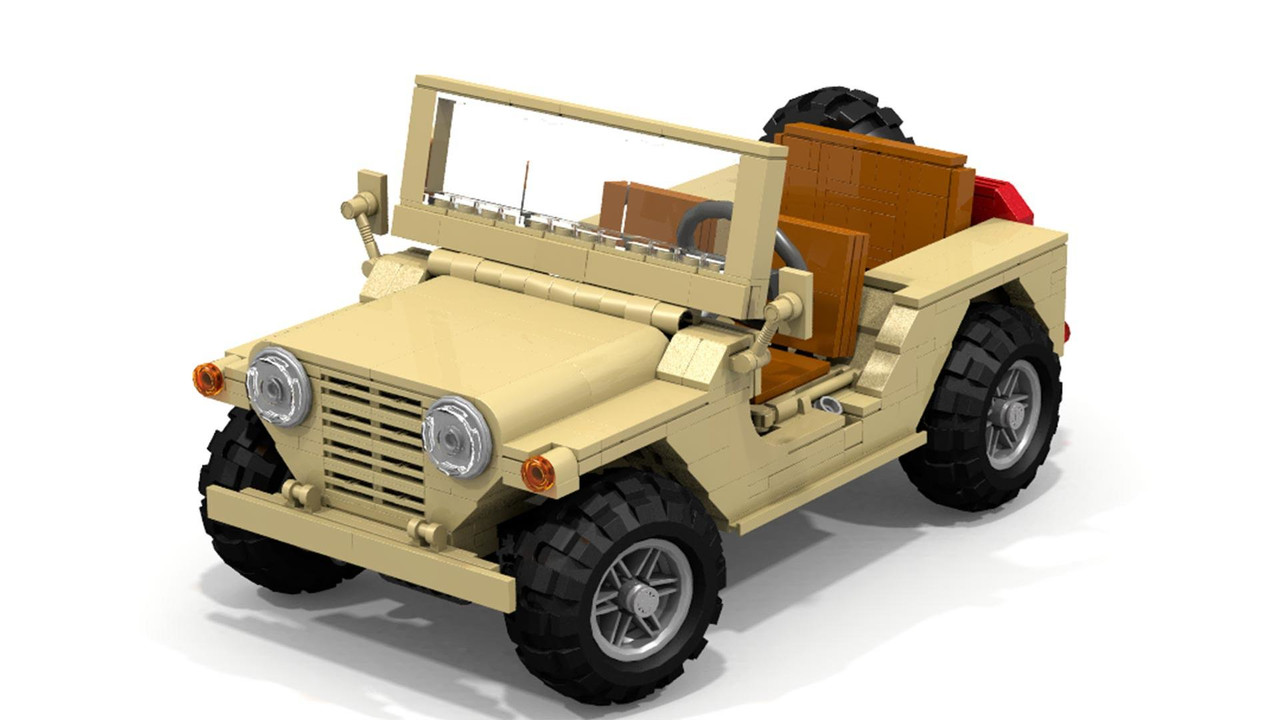 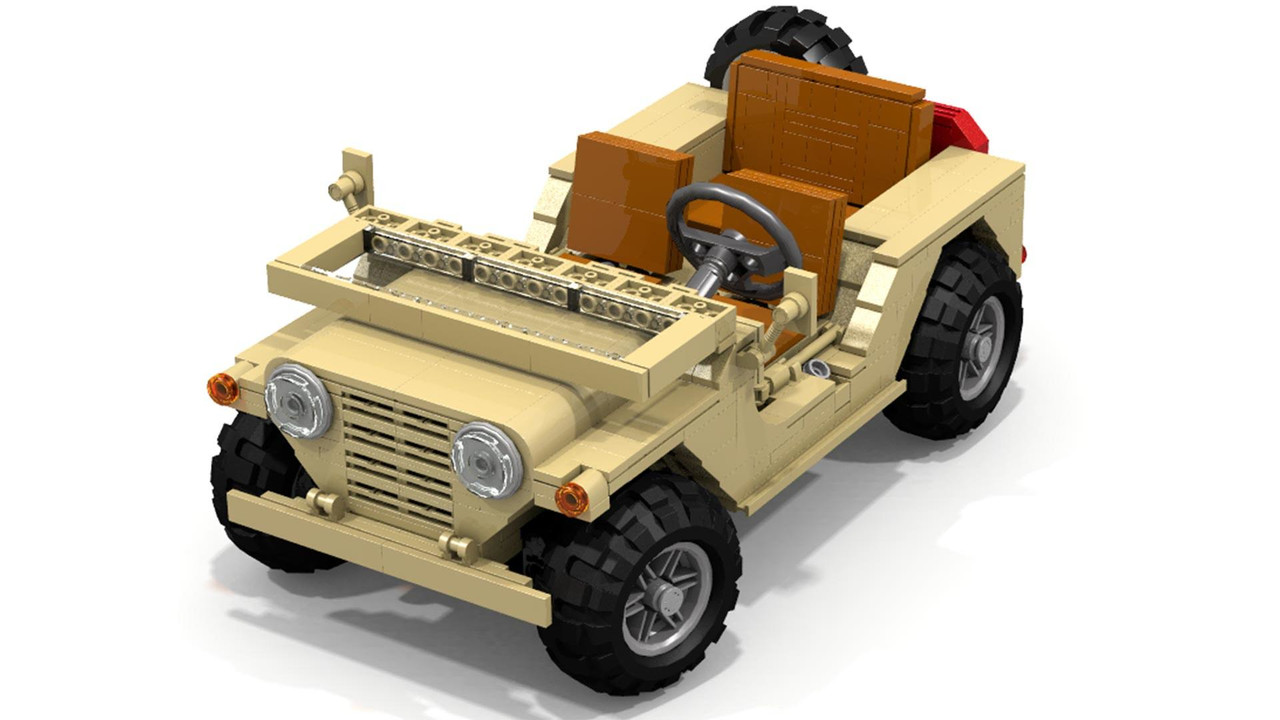 According to the builder this classic military machine has 765 parts and is around the size of the 1167-piece Volkswagen Beetle and 1,077-component Mini Cooper. The design features a folding windshield, steering front wheels, and opening hood with engine details inside. The build also includes an optional roll cage, detachable spare tire, and removable gas can.

“With this model, I tried my best to keep the original scale and add as much details as possible. Some Technic parts were used for the steerable front wheel and roll cage,” creator Raymond Duan wrote in the model’s description. 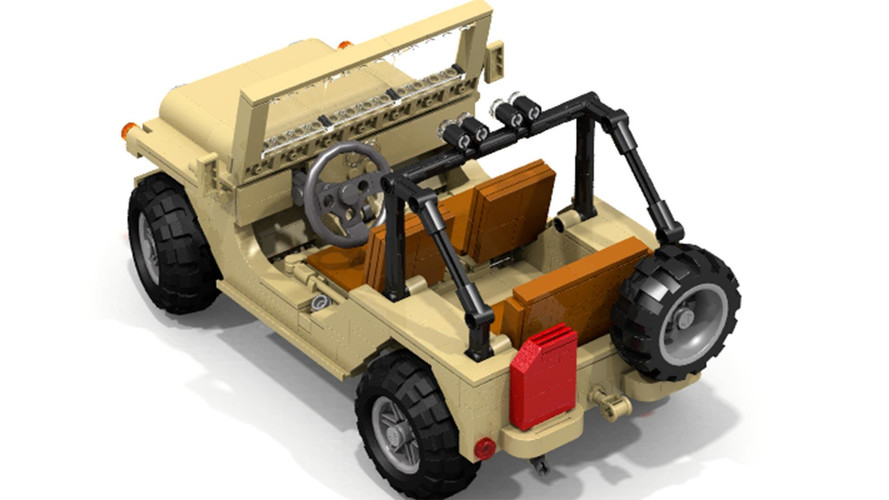 The M151 Military Utility Tactical Truck (MUTT) was the successor to the Willys M38 and was not technically a Jeep. Ford came up with the design, and the vehicles didn’t have Jeep’s iconic seven-slot vertical grille. Instead, the M151 featured a horizontal arrangement for the intakes at the front. Kaiser Jeep and AM General eventually built them, though.

The MUTT’s chassis layout also made it much different from a classic Jeep. For example, it rides on a monocoque rather than body-on-frame underpinnings. The switch allowed for more interior room and lower center of gravity versus the outgoing M38. The M151 also featured four-wheel independent suspension rather than its predecessor’s live axles 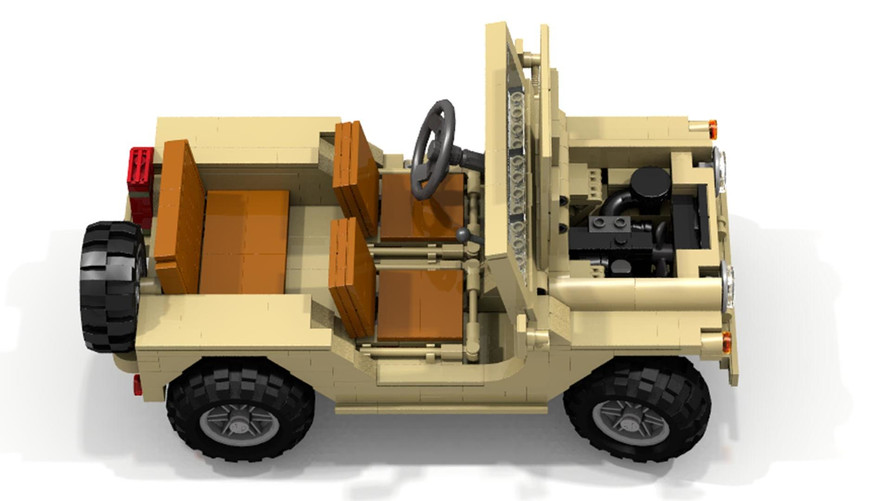 The MUTT remained in service with the military from 1960 until 1982, including extensive service in the Vietnam War.  The HMMWV, better known as the Humvee, replaced it.

This M151 is an attractive, simple little kit. The only change we can imagine making is switching the tan body to a classic olive drab or somehow even incorporating a camouflage appearance.

Duan added this proposal on June 12. It’s currently just 140 supporters towards the 10,000-vote goal that gets the Lego review board to consider putting the kit on sale.