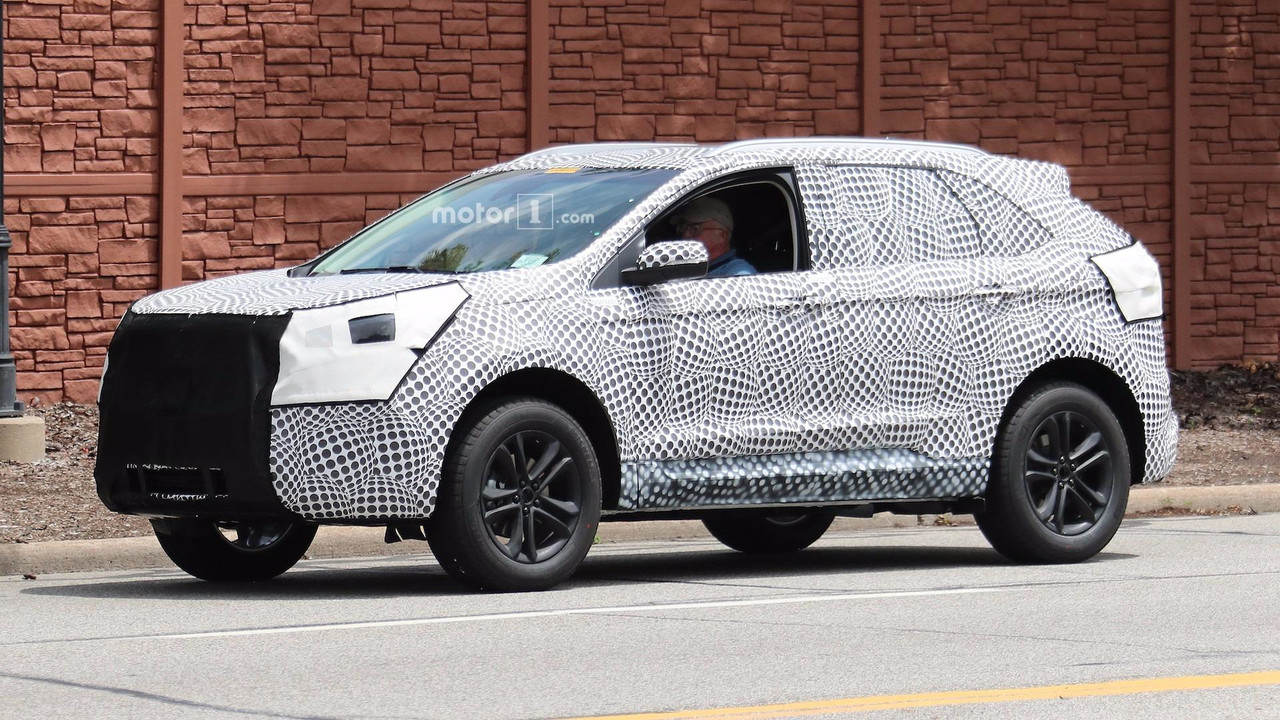 Ford is updating the Edge for 2019 with new features inside and out.

In 2014, Ford gave its Edge SUV a major makeover. An all-new platform, shared with the Lincoln MKX, and a range of new EcoBoost options provided some much-needed freshening up for the crossover that was nearly seven years old.

For 2019, the Edge will see a less extensive revision, but necessary nonetheless. The updates will range from minor enhancements on the exterior, to some added tech in the cabin. Our spy photographers recently caught up with one of the first prototypes of the upgraded Edge testing near Ford headquarters in Dearborn.

Most of the juicy bits remain covered up, including the new front fascia and revised rear. New headlights are among the major updates, but the overall profile will remain nearly identical from the outgoing model. The Edge will ride on the same Ford CD4 platform.

The most significant revision will come under the hood. The same 2.0-liter and 2.7-liter EcoBoost engines will carry over from the previous model, as will the more powerful 3.5-liter V6, but gone is the six-speed automatic in place of a more modern nine-speed gearbox. The new transmission should help boost power and efficiency overall. The current Edge produces as much as 315 horsepower (234 kilowatts) and 29 mpg highway, depending on the engine.

The current Edge in its updated form will stick around until at least 2021. Ford may even introduce more upscale features from the Edge Vignale sold in Europe to buyers in the U.S.  The 2019 Edge should make its in-person debut later in the year, likely at the LA Auto Show, or possibly early next at the Detroit Auto Show.