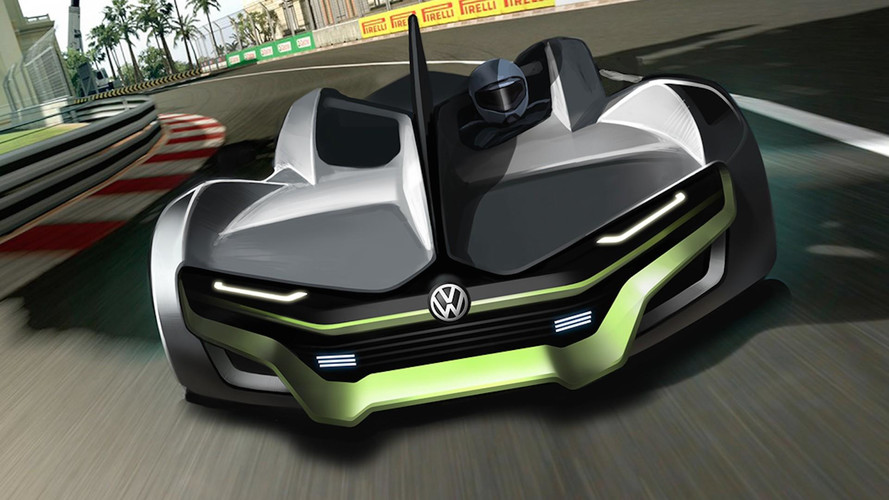 This is what VW should be building in the wake of Dieselgate.

VW has a plan in place to build out a portfolio of electric vehicles in the next few years. In doing so, the German automaker will revive one of its most iconic models, the microbus, in the the form of the I.D. Buzz concept, as well as introduce a new two-door sports car slated for debut in the U.S. In an effort to further reimagine that fully electric lineup, one designer has come up with a track-focused sports car well worthy of consideration.

Soyeon Kim, an industrial designer based in South Korea, has dreamt up a sports car she imagines could join the VW lineup in the year 2023. It’s a far cry from anything you’ll find at your local VW dealership, but it does use a few subtle cues that clue us in at to its closest relations.

The front fascia is sleek and aggressive, and borrows the same horizontal spoked grille from more mainstream vehicles like the Golf and Jetta. A set of slim headlights peak out from underneath the hood, and like many of the I.D. concepts before it, give the sports car a more futuristic look. An aerodynamic diffuser caps off the aggressive appearance on the front end.

The two-seat cabin is separated by an aerodynamic wing. The side profile is sculpted to allow airflow to easily pass over the body, and a vent located behind the front wheels, noted by the yellow accent, continues the streamlined theme.

The artist only allows us a brief glimpse at the concept – just seven renderings and sketches were created of the vehicle – but they do paint a very imaginative picture of what could be in the VW lineup nonetheless. Let’s hope that execs have something similar planned to keep enthusiasts excited about the brand.