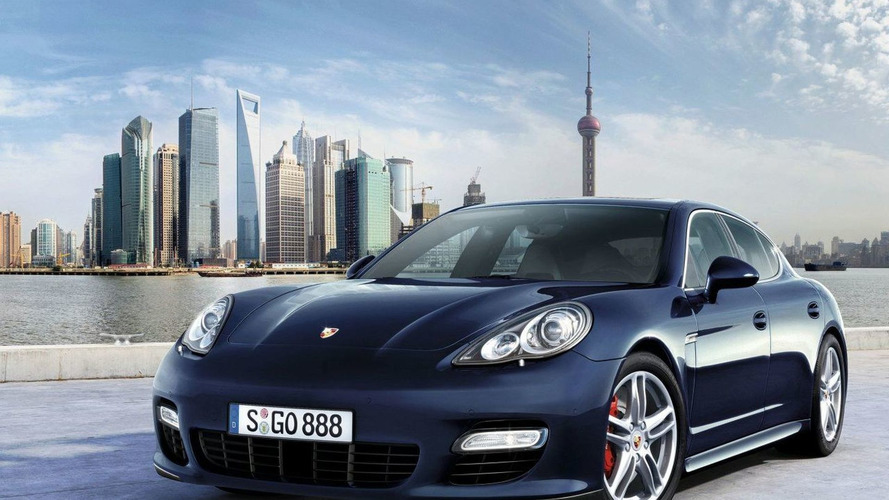 Panamera will debut at the Auto Shanghai China on April 20th, it goes on sale in Europe in September and is scheduled for a US release the next month. UK pricing has already been announced and will start at 72,266 pounds (79,753 euros).

Is it significant that Porsche will be debuting the new Panamera Gran Turismo in Shanghai instead of in Europe or the United States? Maybe. Or perhaps that is how the timing befell them.

In any case, the Asian market, particularly China, is still one of the fastest growing for all premium and luxury marques such as Porsche, despite the current downturn. And it makes good marketing sense to introduce Porsche's much anticipated 4-door sports coupe to the world at the Auto Shanghai China event later this month.

Details on the Panamera have been reported before (see related links for more). Of note here will be Porsche's recently developed PDK double-clutch transmission, which has a variety of shifty tricks up its sleeve, a stop-start system for improved economy, as well as the new adaptive air suspension and a rear spoiler that actively adjusts aerodynamics.

The Panamera will take its first public bow on April 20th at the Auto Shanghai China and enters the market there in early 2010. It will be available earlier in Europe, in September, and it goes on sale in the United States in October.